Despite progress in COVID-19 crisis, 'we're not out of this,' Philly officials say 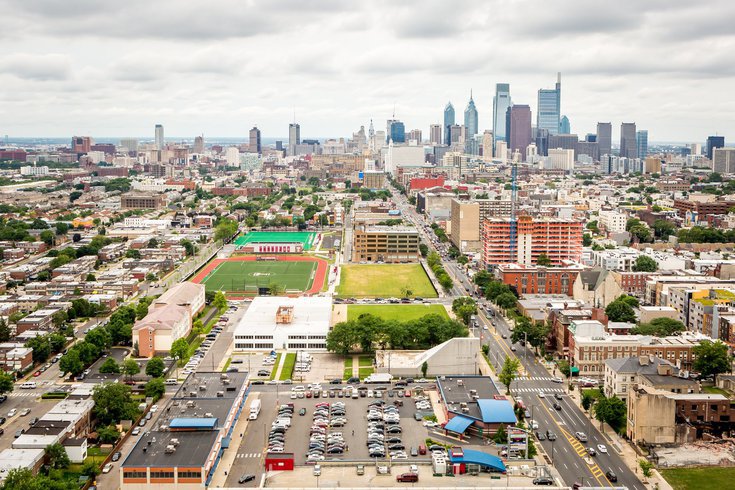 Philadelphia city officials cautioned against residents letting down their guard as the outlook starts to look better during the COVID-19 crisis.

Philadelphia has been on a positive trajectory in recent weeks to reduce the spread of COVID-19, but city officials made clear on Thursday that expectations around reopening must be kept in perspective.

"We're still in a red phase," said managing director Brian Abernathy. "We're still advising people to socially distance — and we're not out of this. That's really important. While things are a lot better, we're not done yet. We're still in the middle of a crisis and we still need to manage through this crisis to get us out to the other side."

Mayor Jim Kenney repeated that the city's cautious approach is meant to avoid a major setback that would put Philadelphia back to square one.

"We don't want to make October (like) March," Kenney said.

Philadelphia hospitals currently are treating 623 COVID-19 patients, while 1,202 people are hospitalized with COVID-19 across Southeastern Pennsylvania.

"We got many laboratory reports in today, which probably explains the higher number (of new cases)," Farley said. "If you look at the graph on our website, you can see overall we're still seeing a downward trend in the number of cases per day, overall."

Farley explained that the city is now focused on a few key metrics to assess progress, though decisions about reopening are ultimately up to Pennsylvania Gov. Tom Wolf.

"We look at our case rate and the decline in our case rate," Farley said. "How fast it's falling is important to what level it's at. We look at whether we have hospital capacity, so that if cases were to start to rise again, our hospitals could handle that load. And we look at our ability to contain the virus at the low levels it's at, for example in our contact tracing program."

Philadelphia has received $92 million in federal grant funding for both testing and contact tracing over the next 30 months. The city hopes to scale up its ability to contact trace over the next 4-8 weeks, Farley said. The health department currently is testing several models that may include internal employees and external partnerships with other organizations.

"We do feel we'll have adequate funding for the testing as well as the contact tracing scale-up," Farley said.

Even as Philadelphia moves toward the yellow phase of reopening, city officials are cautioning residents not to interpret that shift as a return to normal. Common activities before the pandemic, such as large gatherings and even playing pickup basketball, will remain off the table. The hope that restaurants may soon reopen, in some capacity, is still a wish that must be weighed against public health data.

"Certainly we understand the severe difficulties that our hospitality and restaurant industries are going through right now," Kenney said. "It's sad that the most difficult industry to deal with relative to this virus is an industry that brings people together across the table, or next to each other in a bar, and allows for the most possible opportunities for transfer of the virus from one person to another."

While the city will examine the details and guidance around reopening restaurants, Kenney said the city won't be hasty in its decisions.

"The worst thing that we can do — if we have a major surge in September, October, November, we could be right back where we were in mid-March, or worse," Kenney said. "It's not worth it to jump ahead precipitously unless we know for sure, or at least we know with a great percentage, that we're not going to create another surge."