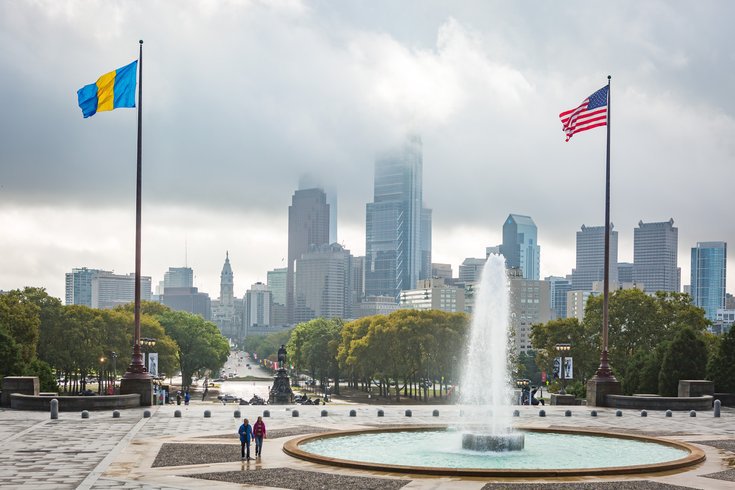 Philadelphia Mayor Jim Kenney said protesters focused on reopening and lifting coronavirus restrictions are putting the health and safety of others at risk.

Kenney said Philadelphia remains committed to actions that will reduce the spread of COVID-19 until it is safe to reopen the local economy. And scientific metrics indicate more time is needed.

"This is all a data game," Kenney said. "It's a data situation."

"More than 200 cases a day is real progress from (when) we were at 600 cases a day before, but it's still an awful lot of cases," Farley said. "And we know that it's a small fraction of the number of cases that are occurring out there. I know people want to open up. I know they want a date when we can do that, but we just can't predict."

Wolf's plan calls for counties to have less than 50 new cases per 100,000 people over a 14-day period before they can advance to the yellow phase, when restrictions begin to ease. For Philadelphia, that means daily cases need to drop to about 55 per day.

Kenney added that despite the growing frustration and impatience, staying the course with social distancing and business restrictions is working toward the overall goal.

"As soon as Dr. Farley feels comfortable that we can move in a faster or forward direction, that's where we'll go," Kenney said. "But until that comes, we're not going to be caught up in this open up hysteria that everybody in the country is dealing with."

Their remarks came as nearly 1,000 protesters assembled in Harrisburg to push for the state's reopening.

Wolf announced another 12 counties would enter the yellow phase on May 22. At that point, more than 40% of Pennsylvania's population will be out of the toughest economic restrictions.

But he kept several Republican-controlled counties that threatened to defy his orders in the red phase, including Berks, Dauphin and Lancaster. Those counties have not dipped below the case count threshold for advancing.

Wolf, a Democrat, insisted his decisions are not political, but based on scientific evidence.

"The focus on red, yellow, green – we're trying to share with Pennsylvania the best information we have," Wolf said. "As I said on Monday, you ignore that at your peril."

Wolf has come under increasing pressure from political opponents who want the state to open up more broadly. Republican State Rep. Daryl Metcalfe issued a resolution to impeach Wolf on Friday, claiming the governor has mishandled the COVID-19 response and violated fundamental rights.

President Donald Trump, who visited Lehigh County on Thursday, added fuel to the fire by urging his supporters to apply more pressure to the governor.

Wolf said he understands the frustration the restrictions have caused and the desire for them to be lifted. But he said the alternative would have been worse, pointing to the overwhelmed health systems in Italy and Spain.

"That would not have been good for our economy either," Wolf said. "The way we did it here in Pennsylvania has been less bad than the alternative. That is what we have to keep in mind. No one would want this if we had a choice. Unfortunately, we did not have a choice. This virus was imposed on us."

Kenney said he was not keeping current with the protest in Harrisburg.

"I don't pay attention to that mess," Kenney said. "It's crap. If you saw what happened the other day with Wisconsin, when the politically-motivated Supreme Court ... overruled the governor, people start showing up at bars two and three deep. All of those folks are endangering their own lives and the lives of others. I really don't have the time for that nonsense, and I think it's all politically-generated, anyway."

The mayor was referring to the Supreme Court of Wisconsin's 4-3 decision to let the state's "safer at home" order lapse after Republican legislators challenged a recent extension by the health secretary. With businesses suddenly allowed to reopen, photos surfaced of people packing into bars.

Philadelphia is slowly beginning to expand some services, including the resumption this Sunday of most of SEPTA's regular transit schedules. Still, city officials remain committed to maintaining the restrictions needed to reduce the rate of infection.

Hospitalizations in the region continued to decline this week and have remained on a steady downslope over the past 10 days, Farley said.

In order speed up efforts to reopen, he urged Philadelphia residents to do their part.

"Wearing a mask, keeping our distance and washing our hands," Farley said. "As we reopen Philadelphia, we're all going to have to do that in order to protect everyone else."