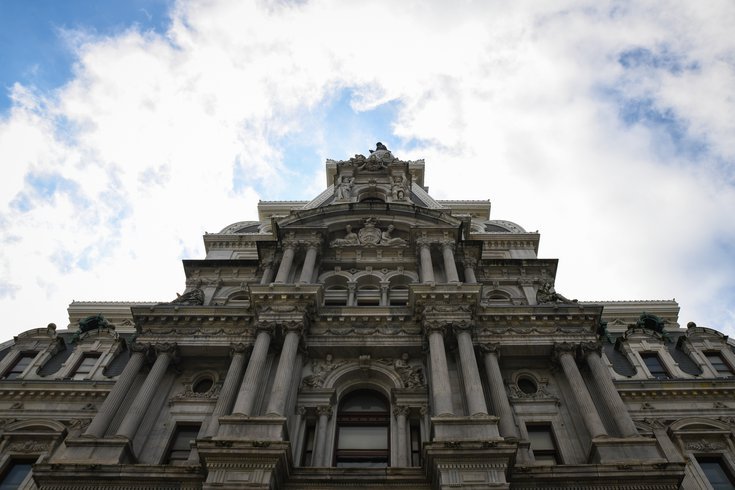 Philadelphia tax collections dropped by 47% in April, an indication of the economic severity of the coronavirus pandemic.

Philadelphia suffered significant declines in tax revenue in nearly all collections during the month of April.

City officials expected tax revenues would fall as businesses across the city shuttered and many other ares of the economy slowed. On Thursday, they provided a clearer picture of the financial toll the coronavirus crisis.

Year-over-year, collections dropped 47% to $385 million, mostly due to a deadline extension for filing the city’s business income and receipts tax. Once that factor is excluded, April 2020 collections were down 15% from the previous year.

A breakdown of the year-over-year tax collection declines is below. In some categories, April collections reflect activity in March, when the shutdown was implemented.

Business Income & Receipts Tax: $69.4 million, down from $355.6 million last year. This is the most precipitous decline, but much of it can be attributed to the filing deadline being extended from April 15 to July 15. This matches the extension from the Internal Revenue Service. The city anticipates most of the expected taxes will be paid by the new deadline, but it has revised its annual projection downward based on a lower collection rate. April's BIRT collections were down $286 million, 80% lower than last year's collections.

Wage, Earnings & Net Profits Taxes: $163.2 million, down from $177.8 million. This drop-off mostly reflects a reduction in the net profits tax, which also received a payment extension to July 15. It also may reflect early impacts of layoffs, salary reductions, furloughs and reduced hours. But the city cautions that some year-to-year variation within any given month is common, because the number of paydays can vary. April collections also are unlikely to reveal the impact of non-residents who are no longer subject to the city's wage tax because they are working from home. The city anticipates that employer withholding may not be adjusted in the early weeks, if ever, making refunds necessary. Wage tax collections actually increased slightly.

Realty Transfer Tax: $14.4 million, down from $41.7 million. This tax generally shows a lot of volatility, even during the best of times, because the sale of a large commercial property can greatly swing collections in a given month. Still, city officials say this decline is unusually dramatic, at nearly 75% lower than April 2019, when taxes were extraordinarily high - about 60% higher than in an average month. Despite the decline, annual real estate collections remain ahead of last fiscal year.

Real Estate Taxes: $15.2 million, down from $31.8 million. The deadline for real estate taxes was extended to June 15. Though April collections fell by about 50%, year-to-date collections are up by $3 million and additional funds may be attributed to April once preliminary figures are finalized.

Philadelphia Beverage Tax: $6.29 million, up from $6.25 million. April taxes reflect activity in March and would only be somewhat impacted by business shutdowns and the stay-at-home order.  But city officials say distribution losses at restaurants, bars, stadiums and movie theaters may be offset by increased activity at grocery stores, as people stocked up on sweetened beverages.

City Sales Tax: $13.4 million, up from $12.3 million. Sales taxes are received on a two month lag, so April receipts only reflect activity before the COVID-19 crisis hit Philadelphia. Year-to-date collections are $14.6 million ahead of the previous fiscal year, based on preliminary figures.

“Even with the BIRT factored in, this April decline certainly reflects the tremendous drop in economic activity throughout the city as a result of the COVID-19 shutdown,” Mayor Jim Kenney said. “Our anticipation of this level of decline is what led my administration last week to propose a belt-tightening budget for the coming fiscal year. We knew this was coming, and now we have some preliminary numbers that offer proof.”

Kenney's proposed budget revision anticipates a $649 million shortfall as a result of the crisis.

Most of the effort to balance the budget comes in the form of proposed job cuts across city government and changes to overtime employment. About $50 million would come through rate increases to the non-resident wage tax and the parking tax, as well as eliminating the 1% discount for paying real estate taxes early.

The city finance department is projecting fiscal year 2021 tax collections based on a partial reopening of some activity in the summer. Revenue is expected to be suppressed for a lengthy period of time as the public health crisis unfolds and the economy recovers.

"The trend in the number of cases is clearly downward, and it may be that it's picking up speed in the way that it's going down," Farley said. "We're also seeing progress in our infections in congregate settings. We're seeing a decline in our cases in nursing homes and in our city's jails."

Farley said hospitalizations are now down 10% from their peak between April 24-28.

"All of the data says that, in general, we're moving in the right direction," Farley said. "Our actions that we're doing right now are absolutely slowing the spread of the virus. That's a good thing. At the same time, the fact that we have 350 cases in a day means that we have plenty of people out there with this infection, so we're not ready to reopen yet."