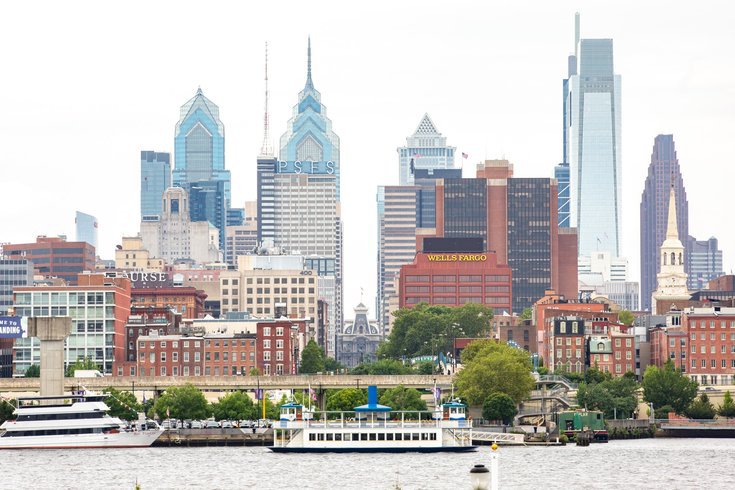 Philadelphia is taking steps to prepare for the approval of COVID-19 vaccine in the coming months, though it remains uncertain how soon it will arrive and which populations will be prioritized to receive it.

The Centers for Disease Control and Prevention moved this week to prepare the nation for a COVID-19 vaccine and ordered a national moratorium on evictions through the end of 2020.

On Thursday afternoon, Philadelphia officials addressed what these updates mean for Philadelphia residents as the city continues to manage the coronavirus pandemic.

Health Commissioner Dr. Thomas Farley said he believes the CDC was appropriate in requesting that states expedite permits for vaccine distribution facilities by Nov. 1, just days before the U.S. presidential election. While that does not necessarily mean a vaccine will be ready by then, setting the process in motion early is a wise course of action.

"The deeper question is, 'Will there be a vaccine that is approved that we are confident is safe?' We don't know that yet. We don't know what vaccine they're talking about for sure," Farley said. "We haven't seen any data about the safety or effectiveness of these vaccines."

To date, three vaccines are in Phase 3 clinical trials, but would need FDA approval for broad use among the general population. Still, Farley said it's possible that a promising vaccine candidate could be used in certain populations earlier than others.

"If we're talking about the general population — everybody — I would want to see Phase 3 trials and proven safety and efficacy before we recommend the vaccine," Farley said. "That doesn't mean, though, that there might be some populations for which the vaccine isn't appropriate before the Phase 3 trials (are finished) – people who are extraordinarily high-risk — if the earlier trials do suggest safety."

When the CDC and White House said Wednesday that a vaccine could be ready before the election, many raised concerns that political motivations could result in premature deployment.

"I am concerned about that," Farley said. "All I can say is that I will evaluate the data that's available when and if a vaccine is authorized for use and make a recommendation based upon my assessment, and speaking to experts around the world as well."

Philadelphia is among several sites in the U.S. that have been selected to participate in a pilot program on COVID-19 vaccine distribution, ideally helping establish a model that can be used in other locations. That could mean that Philadelphia is among the first places to receive an authorized vaccine.

"We will evaluate the data available to us when and if a vaccine is licensed for use in Philadelphia, and make our recommendations to people based upon the evaluation we have at that time," Farley said.

The health commissioner said that distribution locations will likely depend on which populations are identified as high-priority for the vaccine. That could include hospitals, federally qualified health centers and clinics in doctor's offices.

As November nears, Farley suggested that progress with the vaccine will depend on the questions that are being asked.

"With any medicine or medical intervention, there's always a balance of the risk versus the potential protection ... The question may less be, 'Is this vaccine safe for everybody?' rather than, 'For what populations might this vaccine be appropriate?'"

With an eviction crisis looming in Pennsylvania and other states across the U.S., the CDC has implemented a temporary nationwide eviction moratorium through the end of 2020.

The policy, which takes effect on Friday, left some Philadelphia tenants in a vulnerable position Thursday when eviction court was scheduled to reopen.

Protesters gathered outside the Municipal Court in Center City to block the gates and prevent the resumption of eviction hearings that had been scheduled and backlogged during the pandemic. Seventeen arrests were made and code violation notices were issued for failure to disperse, according to Philadelphia police.

No evictions today! Go home landlords! Eviction court was closed for 5 months and we liked it that way, so you won't be re opening! pic.twitter.com/mVHsRG8Iky

Mayor Jim Kenney, though supportive of peaceful protests, said Thursday's protest was not a viable demonstration.

"Blocking a courtroom from people getting in and out is not something that's part of your First Amendment rights," Kenney said. "We have to make sure that our institutions can do their business."

Philadelphia has established an Eviction Diversion Program intended to mediate between landlords and tenants in lieu of proceeding to court. The program is required for all landlords with tenants in the city of Philadelphia who have had difficulty paying rent due to a COVID-19 related hardship.

"I don't think we should be evicting people in the middle of a pandemic," Kenney said. "Clearly, we're all trying to keep people sheltered, have less homelessness and keep people safe until this plague moves beyond us."

Philadelphia reported 166 new cases of COVID-19 on Thursday, bringing the citywide total to 34,310 since the start of the pandemic. One additional fatality was reported, raising the death toll to 1,759, including 876 nursing home residents.

After weeks of falling case counts, Farley attributed much of the sudden uptick to the developing COVID-19 outbreak at Temple University, which announced Thursday that nearly all classes will go virtual for the remainder of the fall semester.

During the week ending Aug. 28, the city reported an average of 108 new cases per day, with a test positivity rate 4.1%. Both of those numbers are higher than the previous week, while the majority of new cases were college-aged individuals, Farley said.

Some Temple students who tested positive have not yet been included in the city's case counts, primarily because their addresses are not listed in Philadelphia. The health department is working with the university to ensure that all cases are recorded.

In light of Temple's switch to remote learning, Farley said the health department will soon be releasing guidelines on how students can safely return home and leave crowded, high-risk settings.

U.S. infectious diseases expert Dr. Anthony Fauci warned this week that colleges with outbreaks should not be sending students home to locations across the country. Farley clarified that Philadelphia's guidance is predicated on students following careful measures before leaving Philadelphia, if they opt to do so.