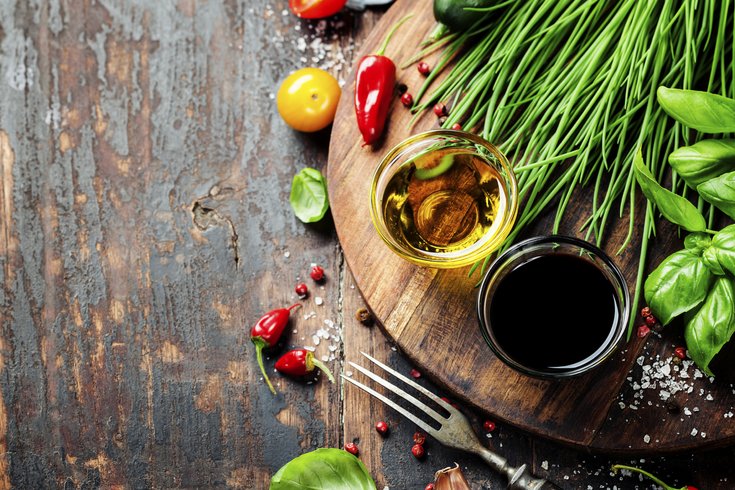 Two years ago, inside a Newtown Square poolhouse with just four clients and a dining table, Delaware County native Christopher Willson founded the outpatient support program, Dine. The intention: fill a treatment gap by providing meal support for folks who are doing their best to stay on the path to recovery, but may need more than one-on-one outpatient sessions with a therapist.

It's a program that ultimately finds significance in its focus on sustaining recovery.

The transition back to daily life, founder and clinical director Wilson said, can often be the make-or-break of the recovery process -- the period when lingering thoughts creep their way back during stressful life events.

"When people go to these 'mansions on a hill,' people feel good and get motivation, and then they leave treatment to go to school or work again, and motivation slows down," Willson told PhillyVoice. "That’s when they fall back to the eating disorder -- because the disorder is actually really helpful in reducing anxiety about life. It takes over everything."

Willson said he's had about 100 people come through the program in the past year and gets "dozens of calls" each week. He created Dine, in part, to invite people who might want an outpatient program that feels like less of a commitment, but still serves an oh-so-practical purpose as a way of negotiating healthy meals.

The meetings -- which take place once a week in West Chester, Ardmore, Narberth or Center City and are headed by a facilitator -- start with an introduction, climax with a meal and then end with a discussion about what happened during the meal. The three-hour sessions are intended to address real-life concerns patients might be having when preparing food or setting an exercise regimen in their daily lives.

But it's keeping them engaged at all that is the program's biggest accomplishment.

For a sense of perspective, Anorexia nervosa alone has the highest mortality rate of any psychiatric illness, with an average of five deaths per every 1,000 people-years. And what's extra frightening for anyone like Wilson to hear, is that only a quarter of those with an eating disorder -- a high-balled estimate, no less -- ever seek out professional help.

Part of that problem, he said, is how eating disorders tend to be perceived. A stigma remains, and people with the disorder can be easily pushed from seeking aid.

"A lot of people view eating disorders as behavioral – defiant, almost," Willson said. "I hear it all the time from significant others and parents: ‘Why won’t they just eat? What’s their problem?’ But we view it from an anxiety perspective. If somebody has a phobia of bridges, would you scream at them to walk over the bridge? No, you’re going to make it more traumatic. Instead of kicking them across the bridge, we hold their hand and walk them through it."

The service is what he calls "recovery momentum." He hosts a free screening at his Devon, Chester County office and determines whether a person is a good candidate for the program based on the severity of the disorder and where they are in their recovery process. He also accepts many who either have milder disorders or might be at the onset of one.

Parcher: The hardest part of the transition is the fact that so many people do follow [diet trends]. ... Someone who is predisposed to a disorder hears that and thinks, 'Oh, I need to do that too!'

As a fully recovered anorexic and facilitator for Philadelphia's Center City Dine group, Elyse Parcher recalls what it was like to not have that type of "recovery momentum" system in place -- to have people around who might pass along high compliments while at her skinniest weight, or indulge in fad diets. She described the process of transitioning back to daily life as one that was ultimately weighed down by her environment -- one with heavy food and body-image pressures.

"The hardest part of the transition is the fact that so many people do follow [diet trends]. And they don't necessarily have an eating disorder, but they rave about how much they’ve changed, and someone who is predisposed to a disorder hears that and thinks, ‘Oh, I need to do that too!’" Parcher told PhillyVoice, citing recent paleo and gluten-free diets as examples. "That’s what’s really hard. Because [people with an eating disorder] are like a sponge for that stuff."

Habits of rule-making also make the transition difficult, she explained. At the height of her disorder, when she weighed 100 pounds (she's 5'7") and broke her ankle, she would set rules that left her unsure which food items she ever genuinely liked to begin with.

She hears as much from clients, too, who cite body-image issues, portion sizes and confusion over food-categorizing as top concerns. Many who are still struggling irrationally categorize foods as either "Good" or "Bad" out of habit, with not much room for negotiation.

Becoming absorbed in that kind of black-and-white rule-setting, Parcher said, is when the disorder begins to encroach. It's also what she most wants people -- whether facing a disorder or not -- to understand about recovery.

"It’s not like drugs and alcohol, where you can just stop," she explained. "Every day you’re faced with food, and you have to keep eating. You need to have a healthy relationship with food. I’m constantly telling myself, ‘No, I genuinely like this food. And I want this.’”

"Recovery," she added, "is about finding the gray."