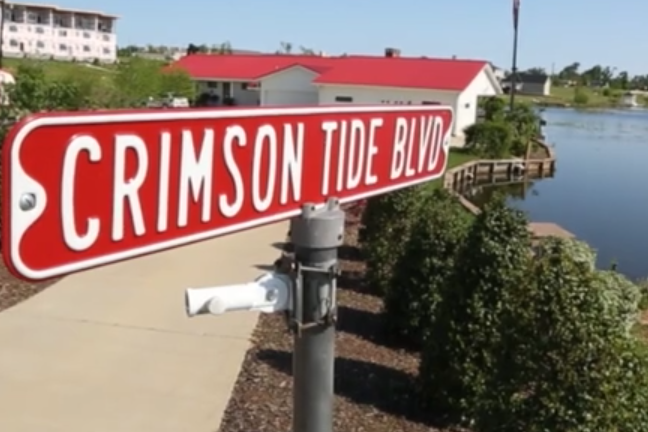 If any American city truly understands and appreciates the cultural significance of sports, it's Philadelphia. Win or lose, the atmosphere of community around our local teams is a unifying facet of our identity, the common denominator and continual turbine of proud traditions new and old.

Propelled by this fervent mentality for all things sports, the filmmakers behind South Philadelphia's 20/20 Visual Media have launched an ambitious crowdfunding campaign to produce a national series that examines the anthropology of sports towns, covering everything from their local history to the sights, sounds and tastes of gameday.

The premise behind "SportsTown" originates from the Temple University roots at 20/20, which produced an "Above the Rim" television series featuring Owls basketball and a "Phillies Nation" series for Comcast Sportsnet, among other campaigns for prominent Philadelphia organizations including the Children's Hospital of Philadelphia.

Rudy Mezzy, a Temple grad and multimedia producer for 20/20 Visual Media, explained that he was inspired to host "SportsTown" after his experience as a sports anchor in Nebraska, where he was immersed in the frenzy surrounding Cornhuskers football. Together with his 20/20 colleagues, SportsTown executive producers Patrick Rosenbaum and Rob Czyzewicz, Mezzy wanted to create a medium to share the broader lifestyle that defines sports cultures. 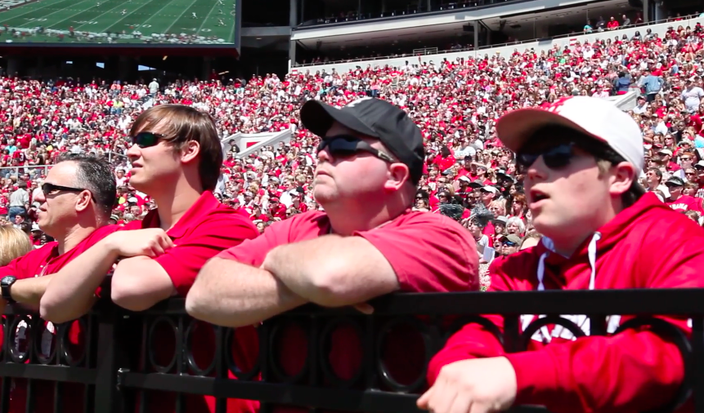 "You sense that people only know these towns because of their sports," Mezzy said. "We were confident that they have more to offer and could be great travel destinations."

Situated somewhere between Anthony Bourdain's "Parts Unknown" and ESPN's "30 for 30" series, SportsTown is all about illuminating the ways in which sports permeates every aspect of a town's daily life. In 2013, the 20/20 team drove 15 hours from Philadelphia to Tuscaloosa to film their pilot episode on the Alabama Crimson Tide, a football program with more than 100 years of history and 15 national championships to their credit.

Throughout the masterfully produced pilot episode, Mezzy taps into the personality of Alabama football fans and shares plenty of his own in the process. He swings by the local legend Dreamland Bar-B-Q for sauce-drenched ribs (served with a loaf of bread for excess drippage) and pays a visit to the hallowed Bryant Museum in honor of Alabama's all-time great coach. We also learn about the amusing colloquial usage of the "Roll Tide" rallying cry, get a first-hand look at the tailgate and in-game experience, and hear directly from locals about what they feel is the essence of their sports culture.

As a lifelong Philadelphia sports fan, Mezzy says his experience in Tuscaloosa opened his eyes to the similarity of dedication that shines through the unique traits that set each sports town apart.

"I've been a fan for almost 27 years now. The amount of winning I've seen is way less than what I saw in Alabama. They had to constantly move their museum around to accommodate new trophies," Mezzy said. "Having such a value and appreciation for sports, you can identify with why they care so much. You can watch this show and not even be a sports fan."

Mezzy and the 20/20 crew are dreaming big: they've set a $25,000 goal on IndieGoGo and are hoping, in the near term, to raise enough money to film a second episode. If they parlay their pilot into a deal with a distributor – whether it's for television or an online series – Mezzy says there about 80-100 cities on his radar. The idea is to start with died in the wool college sports towns like Gainesville, State College, Lincoln, Clemson, and Lawrence, but the producers would eventually like to chronicle the rituals of pro sports fans.

Those who make a contribution on IndieGoGo will receive a promo code to watch the self-funded Alabama pilot in its entirety on Vimeo.

Mezzy knows "SportsTown" is massive undertaking, yet he's confident that passion he sees here in Philadelphia radiates in sports towns nationwide. The appeal will be there.

"The biggest thing about Philly is we're rude, tough people," Mezzy said. "Sports is the best way to showcase that. You find that more people are like that in other cities. It's the competitive nature of sports. They support and empower communities to thrive."