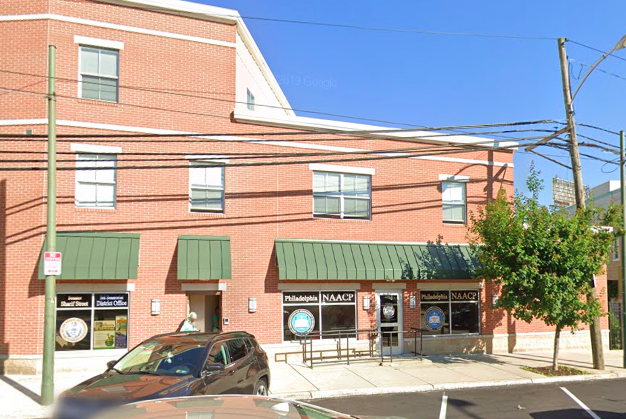 The Philadelphia NAACP will be run by the national organization as part of a leadership transition. Rodney Muhammad, who had been the branch's president since 2014, was removed along with the rest of the local leadership amid controversy about an anti-Semitic Facebook post.

The Philadelphia chapter of the NAACP will be taken over by the national organization in response to an anti-Semitic meme shared last month by local president Rodney Muhammad.

The move was revealed Wednesday as the NAACP's national leadership opted remove Muhammad and his top staff from their posts, the Philadelphia Tribune reported.

Muhammad, who led the Philadelphia NAACP chapter since 2014, posted an offensive cartoon depicting a caricature of a Jewish man holding down a mass of people. Below the image there was a quote, incorrectly attributed to the French philosopher Voltaire, that read "To learn who rules over you, simply find out who you are not allowed to criticize."

Above the cartoon were images of Eagles wide receiver DeSean Jackson, rapper Ice Cube and TV host Nick Cannon, all of whom had recently faced backlash for sharing or endorsing anti-Semitic views.

Pennsylvania religious leaders and political leaders, like Gov. Tom Wolf and Attorney General Josh Shapiro, had called for Muhammad to resign in the aftermath of the incident. Philadelphia Mayor Jim Kenney later joined those calls, urging the board of the local branch to bring in new leadership.

Muhammad, who had resisted pressure to step down, released an apology on Wednesday:

I apologize for my previous post and the hurt this has caused, and I regret the insult, pain, and offense it brought to all, especially those of the Jewish community. The coming months are critical for America, and the efforts of both the NAACP and religious communities, working together across the country, are vital for the road ahead of us.

I welcome the decision by the Executive Committee to have the National office assume responsibility for the branch, help us transition to new leadership and seek to make our relationship with faith communities across Philadelphia stronger than ever.

On Aug. 20, the executive committee of the Philadelphia NAACP voted to dissolve itself, clearing the way for a national administrator to oversee the local leadership transition.

The Jewish Federation of Philadelphia, which had been vocal in its demand for Muhammad's removal, welcomed the decision in a statement on Wednesday.

On Tuesday night, The Jewish Federation and the Black Clergy of Philadelphia held a roundtable discussion co-hosted by Concerned Clergy Coalition of Greater Philadelphia. The groups discussed topics including leadership, unity and points of tension connected to racism and anti-Semitism.

For the immediate future, the Philadelphia NAACP will be run by the national organization. It is unclear at this time whether new leadership will be appointed, or whether the November election for local NAACP offices will move forward in Philadelphia as scheduled.