Philly philm phan has been keeping a ‘Secret’ for 25 years 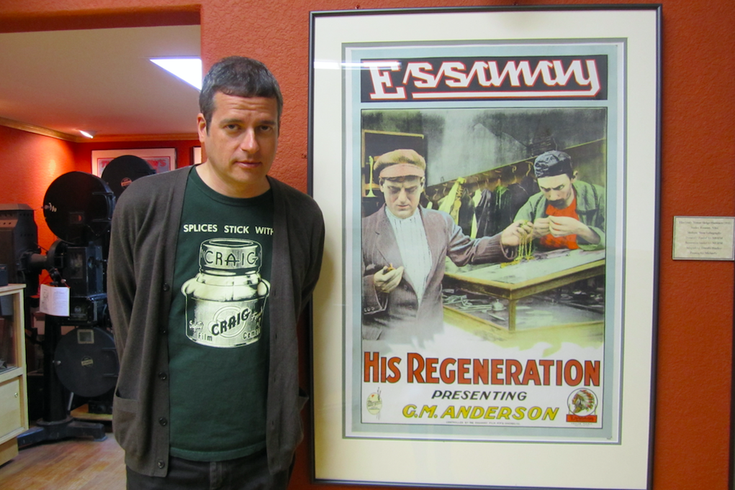 His venues may have changed through the years, but one aspect of “Secret Cinema” remains sacrosanct: A zero tolerance approach to video.

In Philadelphia, that person is Jay Schwartz who, this month, is marking the 25th anniversary of his popular Secret Cinema, the film series dedicated to preserving and presenting oddball, obscure and downright bizarre films of all lengths. On March 10, he’ll present "The Best of Secret Cinema Short Films: The Early Years,” at the Maas Building in Fishtown. On March 23, he’ll present “Uncensored Cartoons: The Dark Side of the Golden Age of Animation” at Bella Vista’s Fleisher Art Memorial.

Friday’s agenda includes a 1932 documentary about Florida’s sponge-diving industry and a 1960s educational film about sharing called “Yours, Mine, Ours.”

The latter program is definitely the more controversial of the two: Among the shorts to be screened are such politically incorrect works as “All This and Rabbit Stew,” a 1941 Tex Avery creation in which, according to a Secret Cinema release, Bugs Bunny “outwits a dim-witted hunter that hopes to eat him--only it's not Elmer Fudd, but a lazy, slow-moving black character who will stop anything for a game of craps,” and 1942’s “Jasper and the Watermelons,” a stop-action piece by “Puppetoon” creator George Pal about an African-American boy’s love of said fruit. 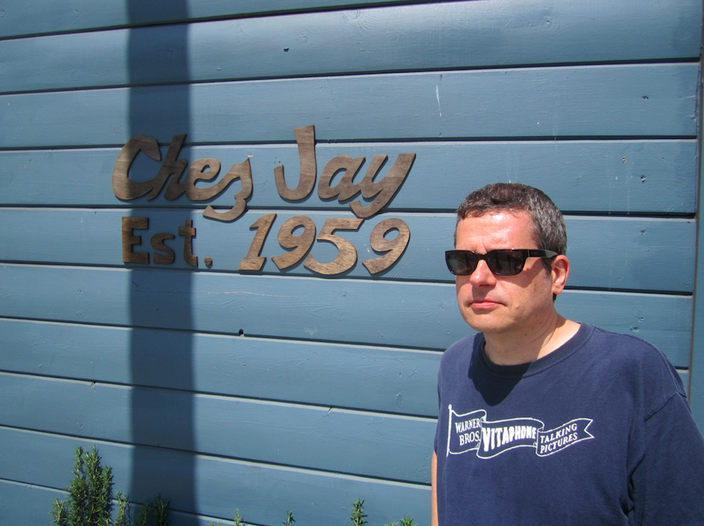 “Well, I always enjoyed watching the offbeat and forgotten corners of film history,” explained the Northeast Philly native and lifelong movie buff when asked about the origins of Secret Cinema.


“I enjoy acclaimed classics too, but other people were showing those. If you collected enough 16mm film, you eventually discovered all of these genres that there didn’t used to be any other way to see, or even know about: 1940s equivalents of rock videos called ‘Soundies,’ that were originally seen on a film jukebox device; forgotten comedy and topical shorts that used to be shown in theaters; early television programming that was no longer re-run; coming attractions for movies nobody remembers being released; found home movies of strangers; 1920s pornography…I like sharing the esoteric discoveries with people, who probably would not see them otherwise.”

I like sharing the esoteric discoveries with people, who probably would not see them otherwise.”

Although he’d been collecting such movies for years, he didn’t begin sharing them with strangers until, in 1992, his friend, former Khyber Pass talent booker Dave Frank, offered him space upstairs at the Old City hot spot.

“My records,” said Schwartz, “indicate that for that first night I showed ‘Don’t Knock the Rock’ [an early rock ’roll film starring pioneering radio DJ Alan Freed and first-generation rockers Bill Haley & The Comets and Little Richard]; a trailer for [the 1968 film] ‘The Touchables;’ a weird '50s educational film called “Effective Listening’ and an early TV commercial, lasting 10 minutes, and starring a very aggressive pitchman detailing the wonders of a spot-removing product called ‘Pro Kleen.’ Only eight people showed up that night, but attendance soon grew.”

His venues may have changed through the years, but one aspect of “Secret Cinema” remains sacrosanct: A zero tolerance approach to video.

“When I began,” he explained, “using 16mm (or 35mm) film was the only way to have high-quality presentations of movies for a large audience. And I had to stress in all my announcements that I was using real film, because, in the bars and coffee houses that were my early homes, people would assume I was projecting VHS tapes or even showing them on a TV set--as some other ‘film series’ were doing then.

“Anyway, digital projection has come a long way, and even cheap video projectors can look pretty good on less-than-theater-sized screens. Nonetheless, I maintain an ‘all-film, all-the-time’ policy. If the print is good, it still can't be beat for quality, and I think it is better in ways that can't really be quantified or compared to digital scans of analog celluloid.

“It's the truer representation of the original work of art, even if some would argue that what I show is not always art. You wouldn't want to go to an art museum and see color photocopies of paintings.”