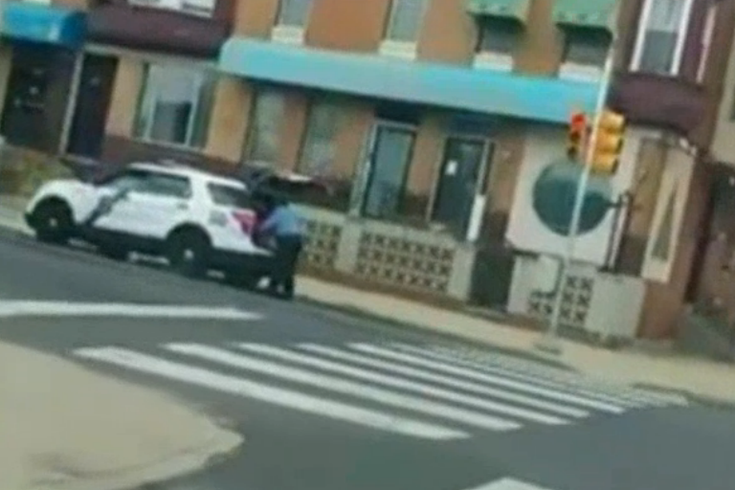 A smartphone video of a Philadelphia Police officer lending a helping hand to some kids has gone viral.

Bernice Daniels caught the interaction in a video taken on her phone, which she later posted to Facebook.

Daniels was parked at a stoplight at 21st and Diamond in North Philadelphia Wednesday when she saw the officer pull his SUV over to assist two girls who were struggling to carry their laundry baskets down the street.

After loading the baskets into the back of the vehicle, he can be seen driving the clothes down the block to the laundromat with the girls following alongside.

"That was so nice. Oh my gosh, that was a blessing," Daniels says. "That was good deed. All cops are not mean and nasty."

The Philadelphia Police Department later shared the video, identifying the officer as 22nd District Officer Sammy Brinson. The post said Brinson was, "doing what he does best - being a genuinely awesome guy!"

"I was truly honored to have been able to experience his good deed while being in the presence of my children," Daniels told NBC10.