The real estate boom has increased the aggregate value of residential properties by 31% since 2020, officials said 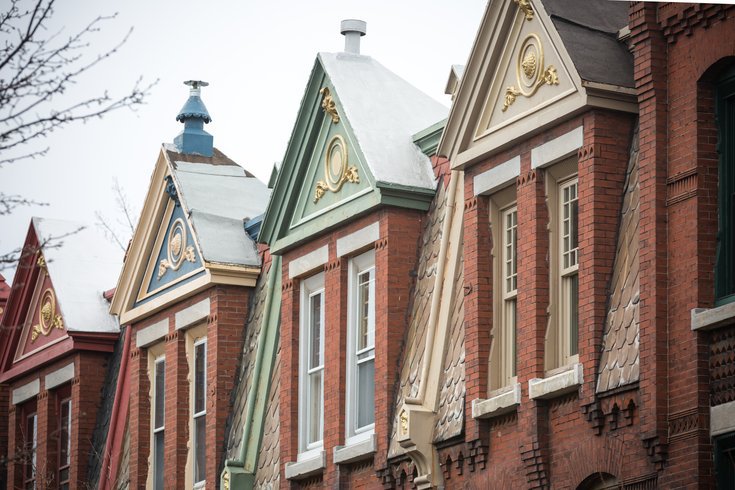 Philadelphia property owners will soon get new property value reassassments, which are expected to significantly increase as a result of the hot real estate market during the COVID-19 pandemic. City officials are looking for ways to offset the burden on taxpayers.

Philadelphia's Office of Property Assessment has completed a reassessment of the city's residential and commercial real estate for the first time since the start of the COVID-19 pandemic.

The new assessments are expected to reflect a booming real estate market that has seen home prices soar over the past two years, leading to higher property tax bills for many Philadelphia property owners.

The reassessed property values will be accessible online by Monday. They also will be mailed out to property owners by September, with the values to take effect in 2023. Taxes will be due on March 31.

As the city looks to soften the impact of higher property taxes, Mayor Jim Kenney on Tuesday unveiled a plan that would include several tax relief proposals and a reduction of Philadelphia's wage tax to its lowest level since 1976. The mayor's plan also would increase the city's homestead exemption from $45,000 to $65,000, further trimming the taxable value of a primary residential property.

The reassessments follow a lengthy period of auditing and reform within OPA, which has been charged with modernizing its property valuation formula and creating a more equitable, consistent system.

The new property assessments reflect the strong real estate market that has persisted through the pandemic and increased property values in Philadelphia.

Citywide assessments of approximately 580,000 properties found that the aggregate value of all of Philadelphia's residential, commercial, industrial and institutional properties rose by approximately 21% since 2019 — the last time OPA completed a reassessment for tax year 2020.

City officials estimated that the new assessments will increase revenues by about $460 million over the next five years. For 2023 alone, the reassessment is expected to generate $92 million in additional property taxes for the city's general fund.

The Kenney administration's proposals to expand relief programs for property owners and renters — and to reduce the wage tax — are aimed at offsetting this burden on taxpayers.

"Our proposals this year put any dollar that we're getting from increased assessments back into relief, whether through the property tax relief programs ... or the wage tax," Philadelphia finance director Rob Dubow said Tuesday morning. "There's no additional revenue coming to the general fund as a result of these assessments."

After a two-year pause on appraisals, the pending release of the new assessments leaves many Philadelphia property owners anxious about where their tax bills will land next year. Median home prices in Philadelphia increased by about 13% in 2020 and another 6.3% by the end of 2021, meaning the market value of homes was expected to produce sharp jumps in assessments for some property owners, especially in fast-growing parts of Philadelphia.

The city's most recent reassessments in 2018 and 2019 — for tax years 2019 and 2020 — led to median value increases for single-family homes of 10.5% and 3.1%, respectively. This translated to significant rises in property tax bills for a large number of Philadelphia homeowners, prompting criticism and scrutiny of OPA's methods.

Following the last reassessments, many property owners argued that homes in the city were being overassessed — sometimes inconsistently within neighborhoods — and OPA received an influx of informal appeals known as first-level reviews to challenge these assessments.

Philadelphia's decision to paused property reassessments was meant to finalize adjustments to OPA's methodology and valuation tools. For property owners, this meant that the 2020 assessments were kept flat during the most recent tax years.

For residential properties, the following factors are used to determine OPA's assessments:

•Size, style and age of a property

•Recent sales of similar properties in the area, with consideration of differences between properties sold and the property being assessed

A key objective of the pause in recent years was to complete the reform of OPA's system under new leadership.

The newly completed property assessments for tax year 2023 are the first in Philadelphia to utilize OPA’s Computer Assisted Mass Appraisal system. The implementation of this software is intended to automate some of the city's property valuation process and streamline department workflows, enabling better tracking of property data and trends that will allow for more regular, comprehensive citywide assessments.

"CAMA and other process changes represent the next step in the continued improvement of the accuracy, equity and uniformity of the city's assessments," said James Aros, Jr., OPA's chief assessment officer, who was appointed by Kenney in 2020.

The reform of Philadelphia's property assessment system is a long-term undertaking that began with the adoption of the Actual Value Initiative in 2013. This overhaul shifted the city's assessments to a focus on taxing land and property in the city at market value.

Before the AVI was in place, the city taxed homeowners at a rate of 32% of the market value, often failing to account for changes in neighborhood development and other property characteristics that influence actual market value. This led to inaccurate assessments, inequitable distribution of the tax burden and a patchwork approach that often lacked rhyme or reason.

The modernization effort has been uneven and fraught with technical challenges since the adoption of AVI. Transparency and leadership issues have drawn the attention of City Council, while the Office of the Controller reviewed the accuracy and fairness of Philly's property assessments prior to the pandemic.

On Tuesday, City Council President Darrell Clark and five other councilmembers said Philadelphia will explore different avenues to provide relief for property owners hit by rising taxes next year. But they stopped short of directly calling for a reduction in the city's wage tax, which could face resistance from some councilmembers.

"We have received the news from the Office of Property Assessment and the Kenney Administration regarding a significant increase in the assessed values of many Philadelphians' most important asset: their homes," the councilmembers said. "The AVI Monitoring Group of City Council will explore every available option to mitigate these substantial increases in property assessments."

Philadelphia Commerce Director Anne Nadol said Tuesday that a wage tax reduction is favored by the administration because it would address more than one need.

"I think there's been some emphasis on reinvigorating the economy and really using the tools we have at our disposal that we can afford," Nadol said. "The wage tax was seen as one that would have an impact on the greatest number of people across the city, whether they own property or not, and really was going to send a signal that we are open for business. We are aware of the competitive disadvantage that the wage tax has put us at."

Residents should be advised that some property assessments posted online next week may differ from those that the city mails out later this year. Most will be accurate, but the values mailed in September may reflect changes in some instances, officials said.

Those who believe a 2023 property assessment is incorrect will be able to request a first-level review with the OPA. In addition to online resources to initiate an appeal, forms for this process will be included with the notice of valuation that is to be mailed to property owners in September.

Residents who are not satisfied with the outcome of the first-level review, or who decide to skip the process altogether, may file a formal appeal with the Board of Revision of Taxes. Formal appeals are due to the BRT by the first Monday in October.

Ahead of the release of OPA's new assessments, Kenney proposed a package of relief programs intended to offset anticipated increases in property taxes.

"Our administration looks forward to working with our partners in City Council to do everything in our power to protect homeowners affected by this long-term boom in the real estate market," Kenney said. "As I noted in my budget address, growing property values reflect well on Philadelphia being a place of choice and represent an opportunity to build wealth for some. But homeowners deserve protections, which is why I am proposing $200 million in new home owner and rent relief over five years."

The proposed home owner and rent relief programs are as follows:

• The Homestead Exemption would be increased to $65,000. Homeowners currently in the homestead program will automatically see this change and would not need to re-apply. Most homeowners would save more than $900 on their property tax bills, Kenney said.

• Funding for the Longtime Owner Occupants Program would be increased by 20%. The income-based LOOP program benefits homeowners who lived in their homes for at least 10 years and experience a significant increase in their property assessments. Under the plan, the total amount of funds available for disbursement among qualified homeowners in a single fiscal year would increase to $30 million from the current $25 million.

• Kenney also has proposed allocating $40 million over five years to enhance implementation of all relief programs, increase outreach to home owners and to work with City Council to use a portion of the funds to improved rent relief and participation in the Senior Citizen Tax Freeze program.

The Kenney administration's wage tax reduction proposal would impact both the resident and non-resident taxes over the next two years.

Philadelphia has the highest city wage tax in the United States and has leaned heavily on this revenue to fund the municipal budget, but the tax has increasingly become a reform target in recent years, both to offer relief to workers and incentivize business growth.

Combined, the reductions would offset $260 million in wage taxes.

"Thousands of Philadelphia business owners and workers struggled during the pandemic, and these reductions in the wage tax demonstrate that the mayor is focused on creating an economic climate that boosts their recovery," Philadelphia Commerce Director Anne Nadol said. "The reductions are acknowledgement of the sacrifices of business owners who remained committed to Philadelphia during the pandemic, and will help them better contend with staffing shortages and other challenges."

Other tax relief programs are available to residential property owners

Philadelphia has a range of programs that can ease tax burdens and extend payment windows for residential property owners.

City officials have advised residents to look into the following programs to see whether they can be of assistance:

• The Real Estate Tax installment plan allows qualified homeowners to pay their current year property taxes in up to 12 monthly installments through Dec. 31.

• There are tax credits that excuse Reserve and National Guard members from paying real estate taxes while they are called to active duty outside of Pennsylvania.

"Philadelphia has some of the most progressive real estate tax assistance programs in the nation," said Revenue Commissioner Frank Breslin. "Together with City Council, we have designed these programs to protect our city's most vulnerable homeowners from enforcement action. Any homeowner who finds they cannot pay their taxes should contact the Department of Revenue or a Housing Counseling agency."