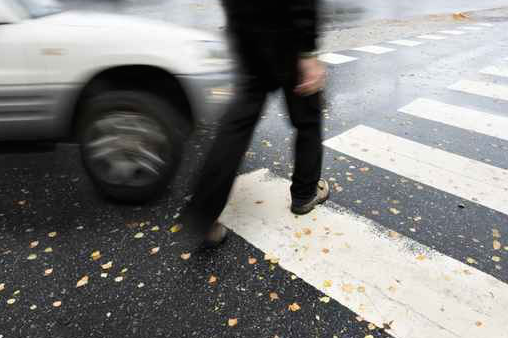 A new PSA wants Philadelphia pedestrians to take their eyes off their phones.

Frogger, the arcade game developed by Konami in 1981, may have corrupted and deluded us all into thinking that we're a bunch of Barry Sanders capable of crossing busy streets regardless of the flow of traffic at any given moment.

The advent of smartphones only made matters more precarious. Tracking down an address with GPS on foot assumes a Borges level of abstraction, while texting and social media send some of us waddling through city streets that for all we may care to consider are deserted.
RELATED STORY: Children take more risks crossing streets than parents think
A new Philly PSA, funded through a federal Pedestrian Safety Grant, is out to remind the general population of pedestrians here that they pretty much need to pay attention or they could get killed. Presenting multiple animated scenarios, the campaign, It's Road Safety Not Rocket Science, depicts the usual suspects who take the right of way to mean Euclidean free reign.
There's also this silly video poking fun at the lengths we would travel to defend our virtual attachments.

As PhillyMag points out, the issue really does warrant more than an overcautious reminder. From 2003 to 2012, 959 pedestrians were killed in Philadelphia, second in the region only to wide-laned Baltimore. An average of 1,700 pedestrians are hit by cars in Philadelphia every year, an issue that has had some calling for streetscape changes that benefit both cyclists and pedestrians. It may help to know that a list of the city's most dangerous intersections was put together through a partnership of Azavea's Daniel McGlone and PlanPhilly's John Geeting.

Of course, the other side of this requires looking at the behavior of drivers, who may be equally inattentive, measurably more dangerous, and liable to subconsciously view pedestrians as not quite on their level. Factor in the same technology risks and, as PlanPhilly points out, people are going to have mixed reactions to a campaign that doesn't hold drivers equally as responsible, if not more so, for keeping our roadways safe.

Ultimately, this is all a step up from blaming the problem on endless traffic lights or justifying split-second sprints with walk signal countdowns.