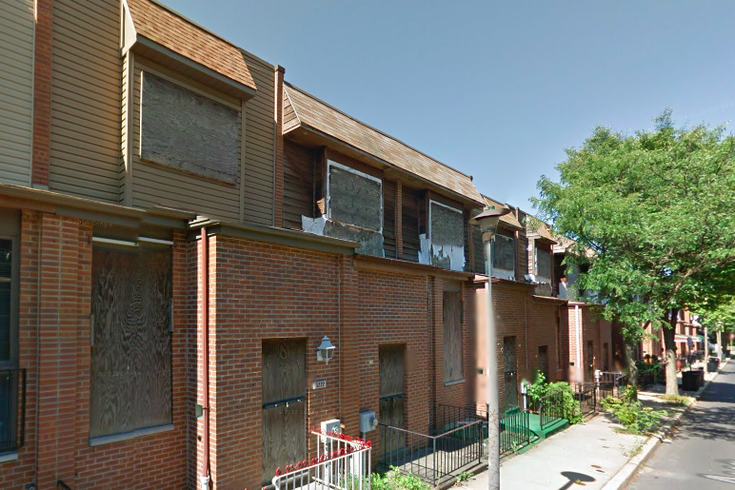 This image shows the 6200 block of Osage Avenue in the Cobbs Creek section of West Philadelphia.

The Philadelphia Redevelopment Authority announced Monday it has put out a request for proposals from developers to purchase and revive 36 vacant properties along and nearby the West Philadelphia block where the infamous bombing of the black liberation group MOVE unfolded in 1985.

In a release, PRA said the properties are located in the blocks of 6200 Osage Avenue and 6200 Pine Street, part of the Cobbs Creek section of the city.

"PRA strongly encourages developers to rehabilitate the properties, while not excluding the option of demolition and new construction if that approach proves to be the most viable solution," the release continued. "Because some of the PRA-owned properties abut owner-occupied units, developers should be prepared to make every effort to address safety issues and prevent work that would adversely affect private properties."

Developers also are asked to "be respectful of the area’s challenged history and the trauma that adjacent residents" may have experienced.

On May 13, 1985, amid a 24-hour siege of the radical protest organization's headquarters at 6221 Osage Ave., Philadelphia police took the extreme measure of dropping C4 explosives onto the property from a Pennsylvania State Police helicopter. Eleven MOVE members were killed, including five children, and the ensuing fire that destroyed 65 other homes is still considered the worst in Philadelphia's history.

The event is remembered as an unprecedented example of an American city choosing to bomb its own citizens. At the time, then-Philadelpha Mayor Wilson Goode said "armed confrontation" was the only way for the city to extract itself from the situation, which stemmed from an armed protest of the incarceration of nine MOVE members sentenced for the 1978 murder of Philadelphia police officer James Ramp.

Goode later formed a MOVE Commission that determined dropping a bomb on an occupied row home was an "unconscionable" act. A civil lawsuit in 1996 resulted in Philadelphia paying $1.5 million to a survivor and relatives of two MOVE members who died in the fire.

The homes damaged in the bombing and subsequent fire were rebuilt by the city – 61 properties in all. But the quality of their construction was poor, which led to decades of additional problems and lawsuits. As of May 2015 most of the homes remained vacant, including all 36 owned by the city, the Inquirer reported on the 30th anniversary of the bombing.

Additional information about PRA's request can be found here. All proposals must be submitted no later than December 14, 2016 at 3:00 p.m.