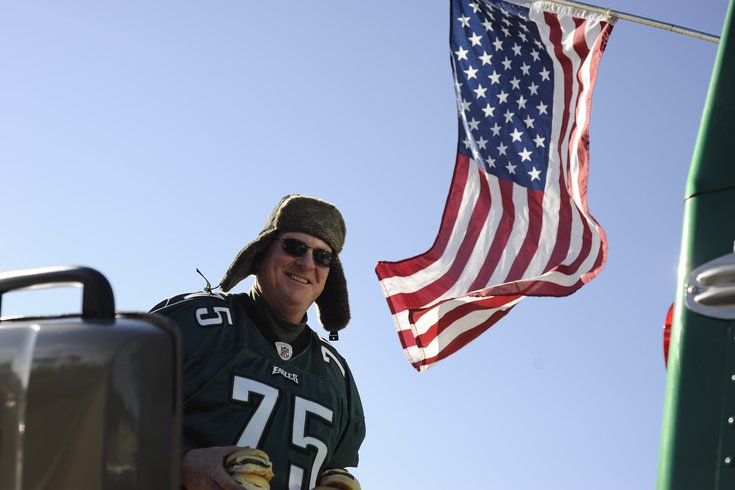 No matter who you're rooting for in the NBA Finals, bear in mind that if the Cavaliers manage to snap Cleveland's nearly 51-year drought since winning a title in any of the four major sports, you can no longer say, "At least we're not Cleveland."

The New York Times published a list on Thursday of the thirteen most cursed American sports cities, and naturally Philadelphia was ranked number 7, a value associated with good luck (really just scouring for anything that might help).

There's the fabled "Curse of Billy Penn," but how serious can that be? Joe Carter, Shaquille O'Neal, and Joe Jurevicius existing has been more of a detriment.

The New York Times ranking focuses particularly on Philadelphia's history of close calls, defined as final four appearances without a championship. Among all four teams, counting every season since 1965, this was the case an astonishing 19 percent of the time! It sounds impossible, but look at just the last 25 years: 1993, 1997, 2001-2005, 2008-2010.

The Phillies 2008 championship saved us from a much higher ranking, but would our city have any place on this list if the Eagles had won the same year, which was miraculously possible? The New York Times named the 2010 Stanley Cup Philadelphia's most painful loss, going so far as to lump all of the Eagles trauma together, but that 2008-2009 loss against the Arizona Cardinals may have been the difference maker for the city had the Eagles been able to pull it off and take down Pittsburgh, of all opponents, in a Super Bowl battle for the ages.

That kind of alternative history fantasizing is the bizarre spell we use to counteract what actually went down, and it's not half bad. The number 7 ranking should be taken as a charm of sorts. Our curse hasn't diminished any excitement, really, and if our teams are in the hunt almost 20 percent of the time, even if it makes every loss more crushing, eventually those appearances should produce championships. Right?