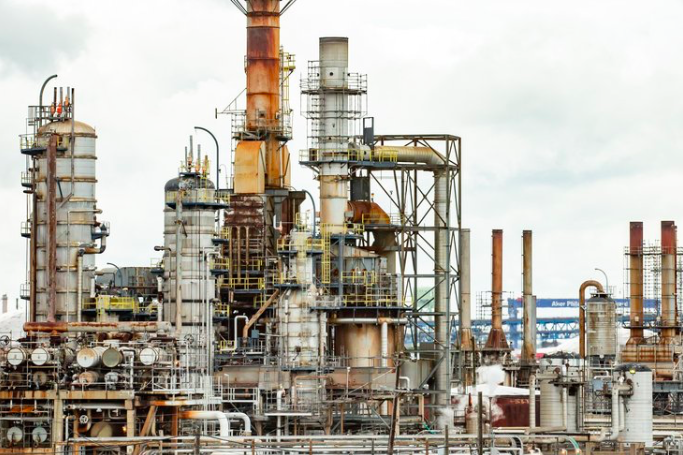 The Philadelphia Energy Solutions refinery produced the highest levels of benzene among U.S. oil refineries around the time of a dangerous explosion and fire in June 2019, according to a report from the Environmental Integrity Project.

The bankrupt Philadelphia Energy Solutions refinery where a dangerous explosion and fire occurred last summer produced the highest concentrations of benzene among the 114 U.S. refineries studied in a new report from the Environmental Integrity Project.

The cancer-causing hydrocarbon – a byproduct emitted by oil refineries – was measured at the fence lines of 114 facilities across the country between January 2018 and September 2019.

Philadelphia Energy Solutions measured in at 49 micrograms per cubic meter, highest among that group.

"The refinery with the highest benzene levels at the end of the third quarter of 2019 was the Philadelphia Energy Solutions (PES) refinery in Pennsylvania, whose annual average net concentration was nearly five times the EPA standard," the report authors wrote.

The June 21 fire occurred when a butane tank exploded, destroying an alkylation unit that uses hydrofluoric acid to process refined products. Petroleum refining at the facility ceased after the disaster.

The U.S. Chemical Safety and Hazard Investigation Board determined that the explosion and fire released about 5,000 pounds of hydrofluoric acid, a chemical that can cause skin damage, chronic lung disease, blindness, and other conditions. The force of the explosion also flung a 38,000-pound surge drum across the Schuylkill River.

Benzene exposure risk is associated more broadly with refineries and has been considered a long-term pollutant during the PES refinery's 150 years in operation.

The Environmental Integrity Project recorded elevated benzene levels at various points in the two-week period following the explosion and fire.

"These monitoring locations are in direct proximity to local businesses, and a shopping center is located just 0.2 miles directly east of one of the highest reading monitors," the report said.

Exposure to benzene can raise the risk of cancer and a variety of other medical conditions. It has been associated with developmental delays in young children and harm to the blood system by impacting cell processes. Common medical complaints in the area of refineries include asthma and other respiratory problems.

Six of the 10 refineries that exceeded the EPA's action level are located in Texas, while the second-highest benzene readings came from the HollyFrontier Navajo Artesia refinery in New Mexico.

While the EPA's fence line measurements don't correlate directly to a metric related to risk, sustained elevated benzene levels and emissions are considered a potential health hazard when compared to health-based risk analyses, according to the report.

Following the explosion and the development of a PES bankruptcy plan, only one of the site's potential bidders considered maintaining the facility as a refinery. Long-term forecasts suggest oil and gas production may wane over the next 30 years amid efforts to combat climate change with alternative energy sources.

A hearing to confirm the anticipated sale of the PES refinery to a real estate developer was delayed this week until Feb. 12, Reuters reported. The refinery is expected to be sold to Chicago-based Hilco Redevelopment Partners for future warehousing use.