There is less than one week until the property has a new owner, but initial excitement over the sale has slowed with national trends 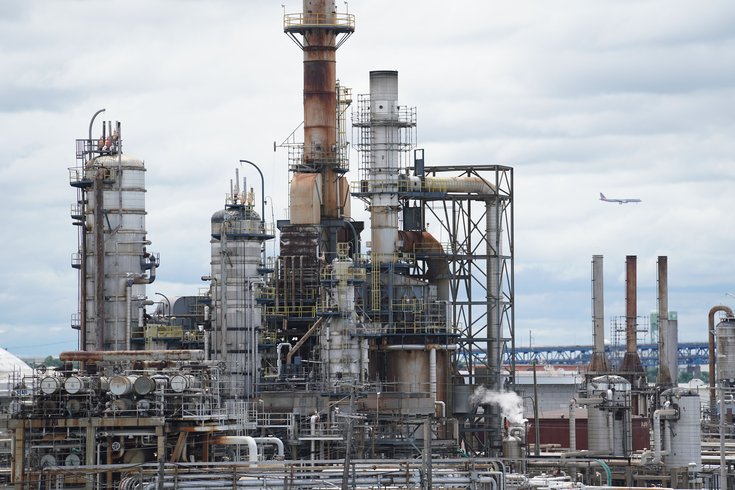 Philadelphia Energy Solutions, an oil refinery on the Schuylkill River in South Philly, declared bankruptcy last summer after a dangerous fire erupted in the middle of the night. Now, the refinery and the thousands of acres it covers are up for auction.

Today is the last day for buyers to bid on the 1,300 acres in South Philly formerly known as Philadelphia Energy Solutions: a now-bankrupt oil refinery which closed last year due to a destructive fire.

However, after multiple bidders appeared initially be interested in the large parcel of land on the Schuylkill River, it now looks very unlikely that whoever wins the auction will continue to use the facility to refine petroleum products, due to a trend of declining interest in U.S. oil refineries.

An explosion in June 2019 ignited a fire and damaged the refinery's equipment, causing its owners to halt oil refining operations. The facility has not resumed operations since.

Reuters reported this week that of all of the bidders interested in the Philadelphia Energy Solutions land, only one of them is considering keeping resuming crude oil refining operations, despite the fact that the property still contains many structures needed to be a refinery and that U.S. energy production is at an all time high.

This is inline with a nationwide trend, where there are seven different oil refineries are up for grabs with no takers. Those facilities account for 5% of the crude oil processing capacity according to Reuters. Last year, only one U.S. refinery was sold.

Buyers are discouraged, in part, because of the imminent restart of the Limetree Bay oil refinery in St. Croix, a long-idled refinery in the Caribbean. It is set resume operations early this year. Additionally, refineries on the East Coast, like PES locally, are even harder to sell, because they are smaller than facilities on the U.S. Gulf Coast.

And fossil fuel criticism is on the rise, and new regulations on energy production will be implemented this year, Reuters reported. There are also predictions of slowing refinery production in the United States in the coming years with growing concerns over climate change.

The environmental impact of the fire that shuttered PES itself was significant, as the explosion leaked deadly chemicals into the air and launched a 38,000 pound piece of shrapnel across the Schuylkill river.

No one was killed in the explosion, but the event's pollution drew vast criticism, especially because it was all caused by a leaky, rusty pipe that that installed in 1973. After the incident, investigations revealed the pipe did not meet industry standards.

Despite this, when the auction began 12 different buyers were interested in the land and in less than a week what used to be PES could have a new owner.