A look ahead at the annual event, which will feature everything from tech CTOs to science activities for kids to the origin story of Gritty 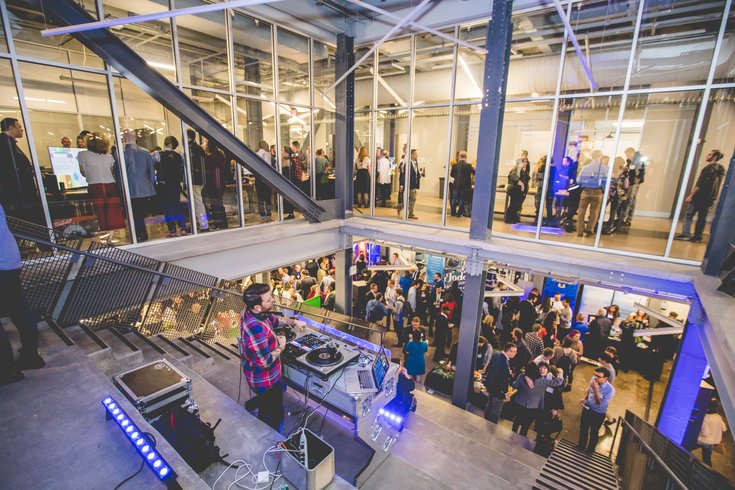 The opening event at Philly Tech Week in 2018.

Philly Tech Week began in 2010, at a time when it wasn't quite clear what the identity of Philadelphia's tech scene was. Now, with the city's technology scene having greatly matured, the industry - and a whole lot of other people - will be gathering for this year's annual eight day event beginning on Friday night.

This week's Philly Tech Week, which is sponsored by Comcast, will start with a kickoff festival in Old City, in conjunction with First Friday. Hosted by tech company Linode on Arch Street, the opening event will feature everything from a scavenger hunt to a game called "Startup Wars" to kambucha to whiskey.

Tech Week's annual "Signature Event," meanwhile, will take place May 10, at the Comcast Technology Center. That event will feature a cocktail reception with lots of technological touches, including demos of an augmented reality app and virtual reality games.

In between, the eight-day Philly Tech Week will feature no fewer than 100 events. And yes, Gritty will be there. The Flyers mascot will appear at the day-long Introduced conference on May 9, as part of a panel with the team's social media team called "The Brains Behind Gritty: How One Mascot Went Viral." Another panel that day, for the sports-minded, will focus on "Two Hottest Industries in America: Esports and Sports Betting." 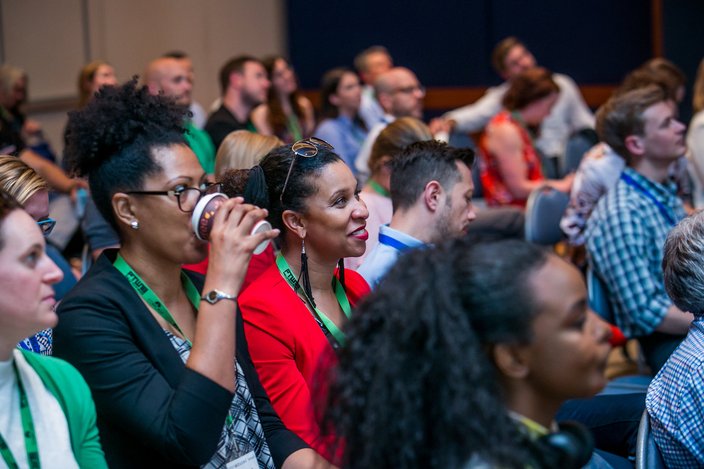 An audience at Philly Tech Week in 2018.

Other highlights of Tech Week will include at the Science Carnival on the Parkway on May 4, including six hours of fun programming for kids on Benjamin Franklin Parkway, in a co-located event with the Philadelphia Science Festival. Back in 2013, Philly Tech Week gave participants the chance to play Pong on the side of the Cira Centre, and at this year's event, the Science Carnival will give kids the chance to "remix" the code of the Pong game.

The 5th Annual Women in Tech Soiree is scheduled for May 7 at the Comcast Technology Center. And on May 8 is the Dev Conference, which will take place at Drexel University's LeBow College of Business. That daylong event will feature talks from the CTOs of Philadelphia companies, as well as a full room of showroom exhibitors.

According to Christopher Wink, the co-organizer of Philly Tech Week and CEO of Technically Media, Philly Tech Week began nine years ago, at a time when the "Philadelphia tech community" was much less defined than it is today. The event was created to help create a "cohesive identity" for the community, and Wink believes that those efforts have been mostly successful, as the event approaches its tenth anniversary next year. 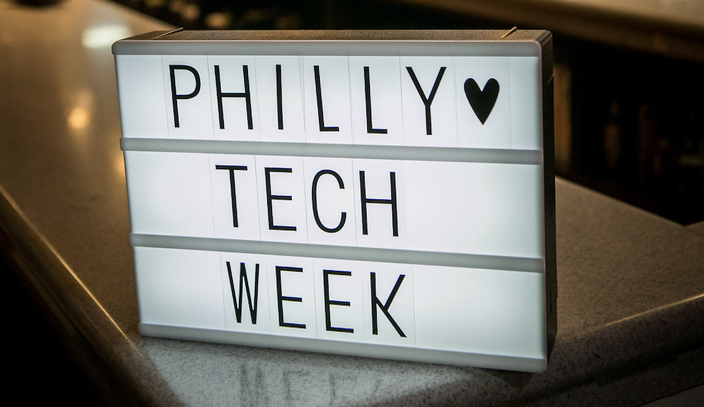 As for the big ideas of this year's edition of Philly Tech Week, Wink sees a lot of them.

"There are lots of very robust technologies being discussed," Wink said. "What are the languages that will own artificial intelligence? What are the platforms that will have the most success there?

Wink, most of all, hopes for attendees to come to the kickoff in Old City Friday, "no matter your age, your background, your technical proclivities, your interests," he said. "Because it's the first event, essentially you then can get a taste for that and then find another 99 events, to find your own community."