Millennials' health suffers from all that technology at their fingertips 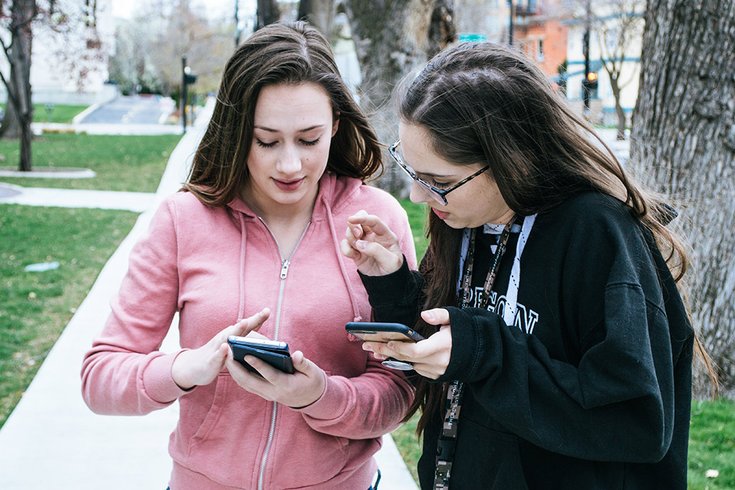 Dr. Jason DelCollo, a primary care physician with Crozer-Keystone Health, says he is seeing more millennials with neck and back complaints related to their prolific use of technology.

No one can deny the impact technology has on our lives, streamlining our daily functions and connecting us to the world around us in faster and better ways. But the jury is still out on the  mental and physical health consequences of having all that technology at our fingertips.

Millennials – those born between 1981 and 1996 – have received a lot of attention for their heavy technology use. Growing up during the boom of personal technology and social media, they use their cellphones and laptops for hours and hours every day.

Currently, there is not a lot of hard data on the impact pervasive technology has on millennials’ health, but what we do know suggests that reevaluating our technology use would be a good thing.

Local medical experts are seeing a variety of health effects related to technology use that most of us probably wouldn’t even know to worry about – everything from hearing loss to orthopedic issues.

WHAT DID YOU SAY?

According to the Centers for Disease Control and Prevention, hearing loss is the third most common chronic physical condition in the United States, and millennials are at high risk due to both personal and work-related reasons.

Members of the generation also tend to wear headphones when listening to music or watching a movie or video on their phone. Listening at too-high volumes can, over time, affect hearing.

A February 2017 CDC survey reported that around 8 million people ages 20 to 29 suffer from some kind of hearing loss. The number is even higher for people aged 30 to 39. Between unsafe use of electronic devices, loud work environments and the high volumes experienced at concerts, nightclubs and other social events, they are literally bombarded from every direction.

That noise exposure can lead to tinnitus (ringing in the ears), or temporary, mild or permanent hearing loss. More attention needs to be paid to the decibel levels at which millennials and even younger generations live their lives.

Their weight tends to be higher and more of them are being diagnosed with hypertension, high cholesterol and diabetes, which can lead to more health issues as they age.

He is also seeing a connection between depression/social anxiety and technology and social media use.

“We are all way too connected. It is great that we have it, but we all need to unplug." – Dr. Jason DelCollo, a primary care physician, Crozer-Keystone Health

“People with social anxiety/depression are not good at expressing themselves. It is just easier to send a text,” he explained.

DelCollo also said there is an uptick in the number of attention-deficit/hyperactivity disorder, or ADHD, diagnoses in people in their 20s and 30s.

He acknowledged that the ADHD might have always been present just not diagnosed, but too much technology use is known to cause overstimulation, making it hard for users to focus on responsibilities at home and at work. 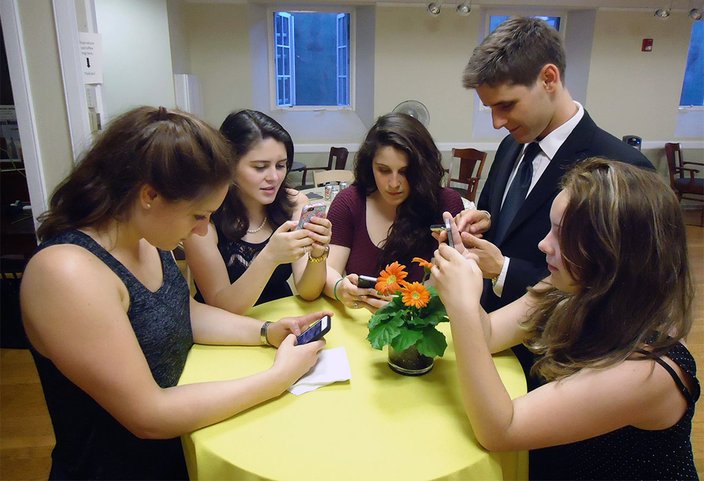 Young people use their smartphones at a party. The ever-present use of smartphones for multiple purposes has led some writers to describe young people as the “thumb tribe” or “thumb generation.”

WHEN TECHNOLOGY IS A PAIN

In DelCollo’s practice, a lot of millennials are coming in with neck and back complaints related to their technology use.

Younger adults he said tend to have rounded shoulders from hunching over their phone or computer all day, which puts more pressure on the thoracic spine, a phenomenon known as "tech neck."

Twenty- and 30-year-olds are reporting pain between the shoulder blades, but not a specific injury, he said.

As a hand surgeon at Philadelphia Hand to Shoulder Center, practicing at Crozer-Keystone Health System, Dr. Adam Strohl also sees the physical consequences of too much technology.

He said more millennial patients are coming in with tendinitis and De Quervain’s tenosynovitis (mommy’s thumb) from constantly tapping and swiping on their cellphone or laptop, or from playing video games.

Carpal tunnel syndrome – it occurs when the median nerve, which runs from the forearm into the palm of the hand, becomes pressed or squeezed at the wrist – is also becoming more common in this generation. Symptoms include numbness, tingling and/or weakness in your hand.

Millennials (and others) also are experiencing an uptick in injuries caused by distracted walking while texting. Failing to pay attention while on their phones, they are literally walking into street signs and breaking their wrist or dislocating a finger.

Not surprising, millennial patients are very concerned about their ability to text, play games and surf the net after surgery. It is one of the most common questions Strohl gets when discussing post-op care with his patients.

“Ninety-eight percent of the time I make sure to say that your fingers will be free so you can get dressed and text. People really care about that,” he said.

IS CUTTING BACK REALLY PRACTICAL?

With technology impacting the health of millennials and many others, the question becomes: Is it really practical for everyone to take a step back?

“We are all way too connected. It is great that we have it, but we all need to unplug," he said. "There is too much access, and there needs to be better education on proper technology use.”

Strohl, for his part, looks to technology to help reduce the impact of technology, recommending solutions like dictation programs to cut down on the need for typing, especially while his patients are healing from an injury or surgery.