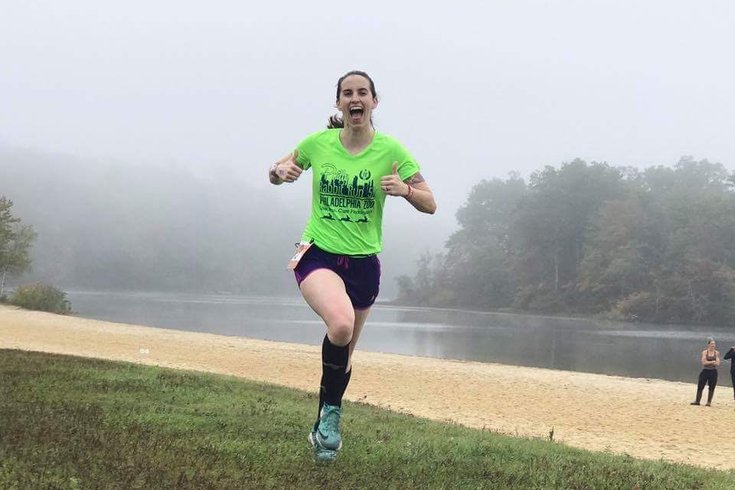 Philadelphia runner Nora Allen remembers watching the runners pass through Mile 19 of the New York City Marathon as a race volunteer in her teens. On Sunday, she will run the race for the first time.

The runners came through Mile 19 as they often do – fatigued, yet persistent.

Nora Allen, a teenager at the time, stood in awe as she handed water to thousands of runners pushing toward the finish line of the New York City Marathon.

That volunteer experience, which she shared with her father, left an indelible mark. She wanted to experience that same sense of "superhuman" accomplishment, but doubted her ability to push through 26.2 miles.

On Sunday, Allen finally will take on the New York City Marathon, running from Staten Island to Central Park as she completes a childhood dream.

"I'm tearing up talking about it," said Allen, a Philadelphia resident who grew up in Connecticut. "It still doesn't seem real to me. For me, it's a dream come true. That race means so much to me."

'IT'S NOT A DEATH SENTENCE'

Allen's entry into the race came through a unique contest held by the New York Road Runners – the marathon's organizers – and Meb Keflezighi, 42, the Eritrean-born American long distance runner who won the New York event in 2009 and went on to become the only marathoner in history to also win the Boston Marathon (2014) and an Olympic medal (silver at the Athens Games in 2004).

Sunday will be his final race.

Dubbed "Meb's Final Marathoner," the contest asked entrants to explain why they wanted to run through the streets of New York.

Allen submitted her entry less than an hour before the deadline, telling of the ways she bonded with her father, Larry, during their volunteer experience years ago. But Allen also shared how running empowered her to overcome a suicide attempt and alcohol abuse.

Her story struck a chord. She won the contest.

And Allen has been given a bigger stage to share that story.

"A lot of times, I feel like we treat mental health and addiction like they're these shameful things and we're bad for having them," Allen said. "Nobody ends up having these things because they want them. I think it's important for people to understand that it's not a death sentence."

Allen, who has lost friends to both suicide and addiction, said she has become more vocal, finding it helps people when they know they're not alone in their struggles. She hopes her story inspires others.

"If my story can do that for one other person," Allen said, "that's more than I can ask for."

As a young child, Allen often would struggle to leave her house, knowing a debilitating anxiety could "come out of nowhere," making her feel small and powerless.

"Part of it is being a sensitive person and being in tune to stuff," Allen said. "I would deal a lot with panic attacks growing up. It was a major challenge and it still is today." 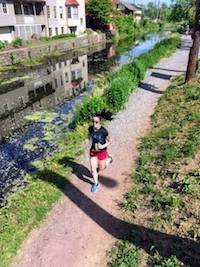 Allen initially picked up running in college, having played field hockey during high school. But after surviving a suicide attempt at age 19, Allen found particular strength in putting one foot after another.

"Running was kind of the one tool that really helped me power through it," she said. "That was the strongest medicine that I could have had."

A cross-country runner, Allen set out to complete a half-marathon, a distance that once seemed daunting. She found that the training program – which emphasizes daily workouts and an incremental build-up – translated to the way she battled her mental health challenges.

Plus, Allen found that running helped relieve her anxiety and depression by giving her time to untangle her mind.

After a college transfer, Allen returned to playing field hockey until a concussion prompted her to join the cross country team. But Allen said college brought additional stresses and she found herself drinking too much.

Again, she turned to running to face her challenges, completing her third half-marathon in October 2013.

Larry Allen said running has had a significant impact on his daughter's mental health.

"That anxiety may still be there, but it's not something that is as visible as it once was," he said. "I think part of that is dedication and a belief in one's self that I can set out to do that. I definitely see that self-confidence."

Nora Allen ran her first marathon in May 2014, completing the Vermont City Marathon, a race she dedicated to her late grandmother. She has run three others, including the Philadelphia Marathon, where she fundraised for the nonprofit Zero Prostate Cancer.

But the New York City Marathon – her fifth – is a special opportunity.

She has met Keflezighi, whom she described as a humble star with "a huge heart." And she'll share her inspiring story during a panel discussion on Saturday.

Perhaps most importantly, her father will be in attendance – just as he was the day her volunteer experience ignited a dream.

Larry Allen said he will move throughout the course, snapping photos as Nora makes her way through the city's five boroughs. And he'll make sure he gets to Central Park in time to catch Nora at the finish lie.

"To me, it's about the journey," he said. "It's the opportunity of preparing for it and enjoying it and seizing the moment. Too often we want something to come early ... then when it comes, we're almost too anxious to do it, as opposed to enjoying the journey."

Father and daughter have enjoyed recalling their volunteer experience. Earlier this year, they filmed a commercial with New York Road Runners during a return to the spot where they handed water to runners years ago.

"It was neat to go back," Nora Allen said.

She'll go back again on Sunday, as one of the tired – yet persistent – runners.

Only this time, she'll be taking water from a volunteer.