Phone-charging stations could be headed for Center City 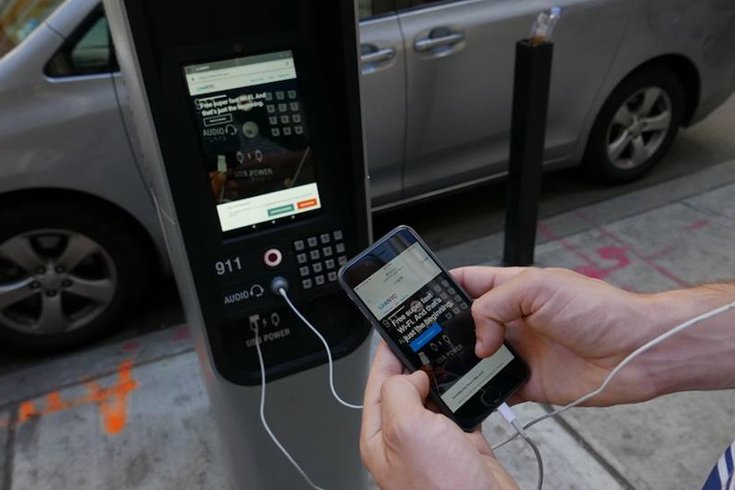 A Link kiosk in New York.

If you’ve ever walked around Center City and come face-to-face with the dreaded low-battery alert on your phone, a proposed project from the Office of Transportation and Infrastructure Systems could make your life a little easier.

Following the footsteps of similar devices in New York, cell phone charging stations, which would also provide access to free Wi-Fi, have been granted preliminary approval by the Art Commission, which could potentially bring 100 charging kiosks to Philly.

The kiosks, called “Links,” are termed “digital advertising and information stations” by the Office of Transportation and Infrastructure Systems, meaning they will include advertising, public service announcements, event info, maps, emergency messaging, and access to city services, according to Philly Mag.

The project has not yet been fulling approved, but if implemented will bring kiosks similar to those already implemented in New York and London as Philly partners with Intersection, the same firm that brought Links to those cities.

City spokesperson Mike Dunn told Philly Mag that about 100 kiosks would be implemented, including 80 in Center City and University City and 20 in other areas. Jennifer Hensley, the general manager of Link at Intersection, said in a statement that the kiosks would come “at no cost to taxpayers.”

The kiosks are also projected to bring funding to the city, though revenue would be split evenly with Intersection.