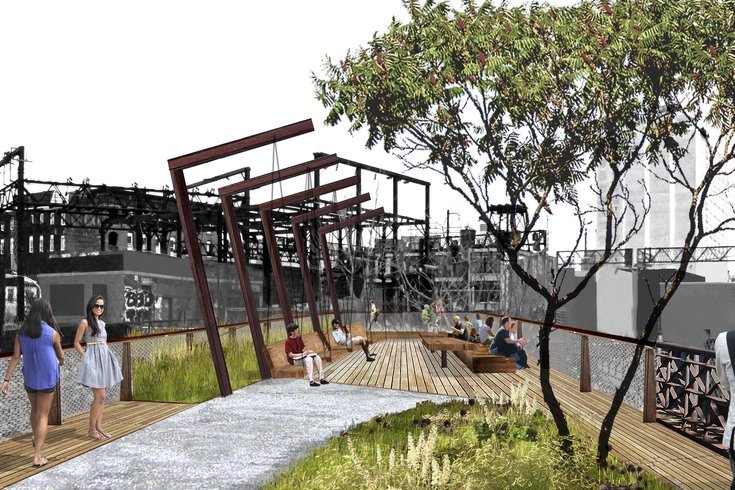 The Philadelphia Horticulture Society is sponsoring the creation of one of its popular pop-up beer gardens near the Reading Viaduct Rail Park site this summer, the latter of which is also currently in the works.

The plan for the Reading Viaduct Rail Park is to create an elevated park out of the ashes of an abandoned railroad right-of-way that was once used as a thoroughfare to get to and from the Reading Terminal Market.

The project is being managed by the partnership between Friends of the Rail Park and Center City District and will give new life to the neglected railway.

The PHS pop-up beer garden, made possible with a Pew grant, will open beside it in a plot of land at 10th and Hamilton streets, hopefully by June, PHS spokesperson Alan Jaffe told The Philadelphia Business Journal.

The goal is to have the beer garden operating in time for tourists to take advantage of during the Democratic National Convention in Philadelphia in July, according to a DNC tourism brochure that highlights the pop-up site as something to do in the city while visiting.