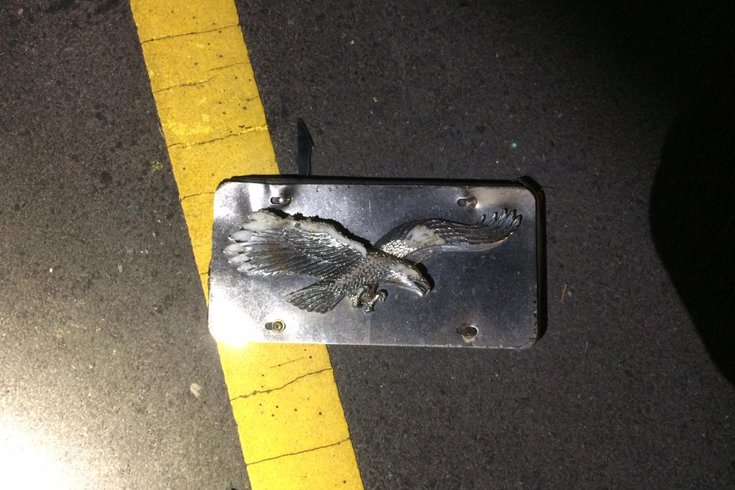 Police say this Eagle license plate was left at the scene of a fatal hit-and-run in Bristol Borough. The plate is believed to be from the car that struck and killed a cyclist.

Authorities are searching for the driver who allegedly hit and killed a cyclist in Bucks County before fleeing the scene.

Bristol Borough police said the driver struck the cyclist around 8 p.m. Tuesday on Route 13 at the intersection of Corson Street.

The striking vehicle is described as a silver Mercedes Benz AMG and should have significant front side damage, police said. 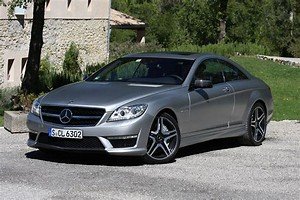 Police believe a silver Mercedes Benz AMG, a model of which is shown above, struck and killed a cyclist in Bristol Borough on Tuesday night.

Responding officers discovered a silver front decorative license plate with an Eagle emblem at the scene, and believe it is from the striking vehicle.

The victim has been identified and police are in the process of notifying next of kin, authorities said.

The incident comes at a time when safety for cyclists is becoming a hot-button issue, particularly in Philadelphia. Activists have staged protests after two cyclists recently were struck while riding in bike lanes.

Emily Fredricks, 24, died after being hit by a garbage truck while riding in an unprotected bike lane in Center City last month.

This past Friday, Becca Refford, also 24, was hit by a delivery truck while riding in a bike lane on 13th Street in Center City. Refford has been recovering in the hospital and is awaiting a second surgery.

Demonstrators have responded to both incidents by forming human bike lanes along the streets where the two women were hit, calling for more protected bike lanes.

.@NBCPhiladelphia shared my accident story. wishing I was mobile enough to get to the bike lane rally today at the spot I was run over, big big big heart to anyone going out there today 💓 the bike community in philly is truly something else. https://t.co/iOX7DFls5g