Police officers jump into Delaware River to save suicidal man 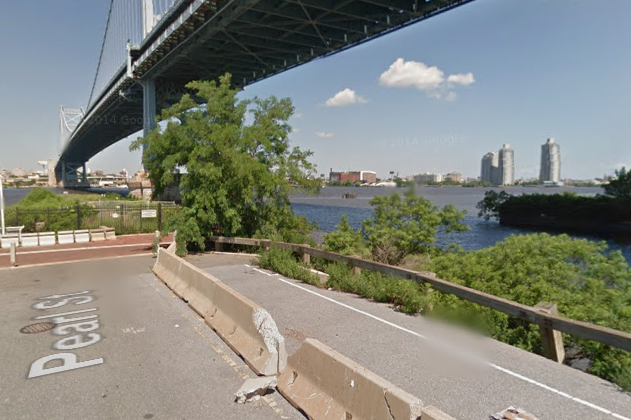 The view from Pearl Street along the Delaware River in Camden, New Jersey.

According to authorities, Sgt. Bob Plews and Investigator Jake Sidwa of the Sherriff’s Office observed the man in his underwear on a bulkhead along the river. When the man noticed the officers, he jumped and began swimming toward deeper water.

Both officers removed their gear and went in the water. Eventually, they reached the man about 50 yards away from shore.

However, the man resisted as the officers attempted to return the man to safety. Metro police officers Joseph Olivo, Daniel Fiori and Alex Rodriguez joined the effort and the group was able to bring the man back to shore.

“These officers used their training and experience to prevent a real tragedy from taking place on Monday,” Camden County Freeholder Louis Cappelli, Jr. said. “These officers all put service before self by jumping into river, their quick action is the reason this man is still alive today.”

The man, who was not identified, was rushed to Cooper University Hospital for treatment.