Political adviser Mark McKinnon: 'I wouldn't bet anything on this election'

Now documentarian on 'The Circus,' McKinnon answers a few questions about the upcoming political conventions 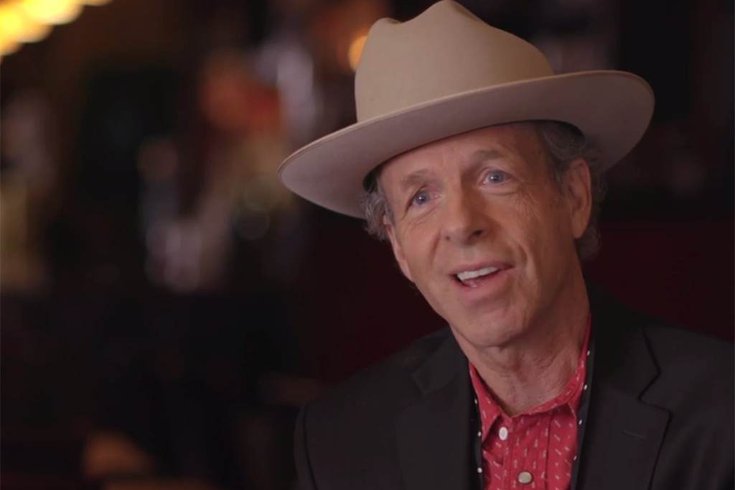 Mark McKinnon weighs in on the presidential election in a scene from Showtime's documentary series, "The Circus: Inside the Greatest Political Show on Earth." Expect some surprises this week from Donald Trump at the Republican National Convention," McKinnon says.

The Republican National Convention kicks off today in Cleveland, where the GOP is expected to rally, if not coalesce, around Donald Trump.

Not terribly long ago, the thought of Trump accepting the party's presidential nomination seemed laughable, even to many Republicans. Nevertheless, here we sit with Donald Trump vs. Hillary Clinton.

On the eve of the national conventions, PhillyVoice caught up with longtime political adviser Mark McKinnon to discuss an election season that has been seemingly everything but predictable.

He also has advised Democrats, including former Texas Gov. Ann Richards, and served as a political consultant for the television series "The Newsroom" and "House of Cards."

PhillyVoice: If you could watch only one of the conventions, which would it be – RNC or DNC, and why?

PV: There’s a lot of talk that the Philadelphia suburbs will be a key presidential battleground. Do you agree?

"I think a lot of people who are unhappy with their choices are looking toward third parties." – Mark McKinnon

MM: Yeah. I think that's why it was very smart for the Democrats to pick Philly. I think Pennsylvania is going to be much more in play this election than it has in recent elections. I think Donald Trump, just given his blue-collar appeal, there's at least a chance that Pennsylvania will be in play.

PV: Given that, why are there reports that the Trump apparatus in Pennsylvania is so skeletal?

MM: The Trump operation is skeletal everywhere and it has been from the beginning. What he lacks in organization he makes up for in message. In any campaign I've ever done, message is much more important than organization.

PV: Will Donald Trump or Hillary Clinton have the bigger so-called “convention bounce?"

PV: Nate Silver of FiveThirtyEight.com says Hillary Clinton has a 77.4 percent chance of winning the election. Do you think the election will be that one-sided? (Editor's note: Silver's updated projections now give Clinton a 64.1 percent chance.)

MM: Well, I think Nate Silver gave Donald Trump a zero chance to win the Republican Primary. He got Donald Trump completely wrong in the primary. I think a bunch of polls that came out (last Wednesday) show Trump is up, (including) in Florida. I think that Nate Silver and others are looking at this in a very conventional lens. They're looking at historical patterns and Donald Trump is throwing all the conventional wisdom out the window. ... I wouldn't bet anything on this election.

PV: Anecdotally, we’re hearing more and more Republicans saying they can’t vote for Trump or Clinton. Is Donald Trump going to be able to get Republicans out to the voting booths?

PV: Is Bernie Sanders' endorsement of Hillary Clinton enough for her to win considerable support among his supporters? Or does she still have more to prove?

MM: She's got more to do. But I think that goes a long way. She has adopted much of the Sanders agenda. I think that's enough for most of Sanders' supporters. She's doing better with Sanders supporters at this point than Obama was doing with Clinton supporters in '08. I think that's a pretty big deal.

PV: Do the anti-Trump Republicans have any chance to steal the nomination away from Donald Trump?

MM: I think it's talk. I've seen no evidence that the "Dump Trump" movement attending the convention has any real firepower.

PV: Will you be in Philly for the DNC?