Optimism about high turnout, a desire for change was abundant at the traditional Election Day gathering 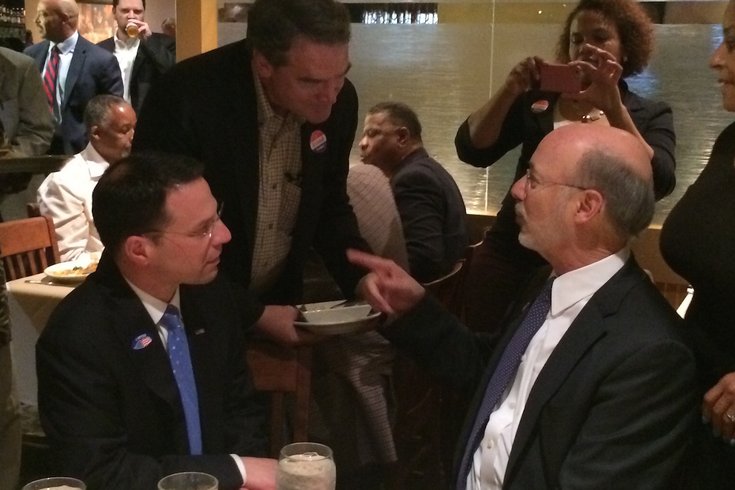 After holing up in a conference room for a phone interview with WURD’s Solomon Jones, he chatted for about 15 minutes on the leafy front yard adorned with campaign signs, including several of his own that feature the phrase “Stand up to the NRA.”

“If you’re looking for change, I’m the person with experience” to bring it about, he told a voter.

He was the 81st voter in his Ninth Ward around 9:15 a.m. A poll worker told him that’s more than voted in a special election last month.

“Turnout’s been great, and the reception has been great,” he said in a low-key manner. “We’ve done everything we can possibly do, and I’m excited about our prospects.”

“I voted for me!” he said when asked, before delving deeper into his prospects of victory. “I’m a pragmatist when it comes to this stuff." 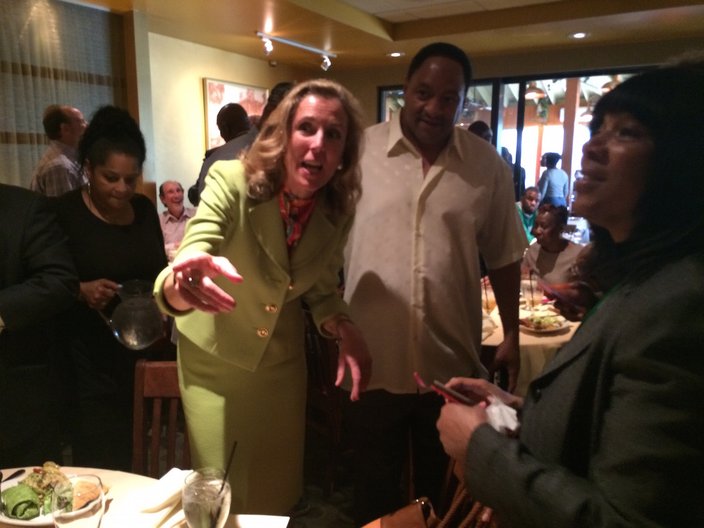 While it would have been easy to go negative in the race where the incumbent is facing a federal corruption trial, Muroff explained that he’s known both Fattah and Evans for a long time.

He even called Evans’ supporters before he chose to get into the race, but didn’t presume to ask for their support considering word at the time held that Evans would enter the race.

"We've done everything we can possibly do, and I'm excited about our prospects." – Dan Muroff, candidate, 2nd Congressional District primary

“What I wanted to do is make sure everyone who voted for me, supported for me and worked for me is proud of what we’ve accomplished,” he said. “I think we’ve done that.”

Over at Relish, state Attorney General candidate Josh Shapiro and Gov. Tom Wolf were among the first politicos to arrive.

For his part, Wolf said Relish isn’t just an election day stop, but a consistent stop for grub whenever he’s in the area. Noting that he was 71st to vote in his York, Pa. district Tuesday morning, he said high turnout speaks to a dynamic of voters wanting change. 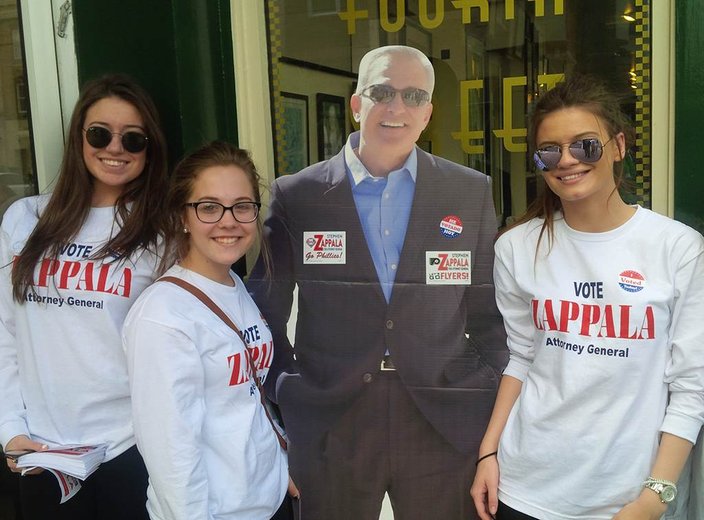 At the other hot spot for Philly politicos on election day, the Famous 4th Street Delicatessen at Fourth and Bainbridge streets, members of the IBEW Local 98 Ray-Ban Crew were helping to get out the vote for Allegheny County District Attorney Stephen Zappala, a Democratic candidate for Pennsylvania attorney general, on Tuesday, April 26, 2016.

“Pat Toomey: You can run but you can’t hide,” she said of the incumbent Republican awaiting the winner of the primary that pits McGinty against Joe Sestak and John Fetterman. “With friends like Pat Toomey, working people in Pennsylvania don’t need any enemies.”

When it came time to eat, Evans shared a table with Philadelphia Mayor Jim Kenney, as former Mayor John Street and District Attorney Seth Williams both stopped by for a spell. Kenney and Street would both go live on WURD, as Evans had earlier in the hour.

We then asked Evans about how this campaign is different than those for state representative in a district where he's well known.

"It's the same, talking to the people like I've always done. I've been in South Philly, Southwest Philly, West Philly, all over today, and I'll be heading back out and meeting more people later after leaving here. People are facing the same issues everywhere," Evans said. "Like I've always done, it's about bringing people together and then focusing on the issues. I feel good."