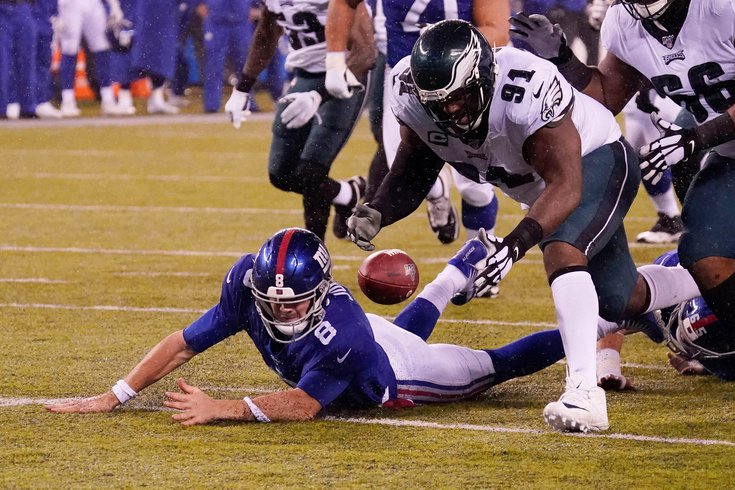 In case you missed the offense edition, it was dominated by Eagles and Cowboys players. Here we'll cover the defensive side of the ball. Oh, and since the three teams in the division will be running 4-3 defenses, we'll (sort of) use that format.

Lawrence's numbers were down in 2019, but he's still pretty clearly the best veteran edge rusher in the division. As for Young, yes, he's a rookie, but I'd take him all day over anyone else in the division, Lawrence included. He's going to be a stud from Day 1.

Like Lawrence above, Cox is coming off a down year, but he is the only interior defensive lineman in the division that offensive coordinators go out of their way to game-plan against. He's healthy again, and should be back to his old form in 2020. Allen has quietly produced 14 sacks the last two seasons on a terrible team.

Vander Esch and Smith were awesome in 2018. In 2019, not as much, and both players have significant medical concerns. Still, they are very easy choices here.

All three first-team corners were not in the division in 2019, as the Eagles acquired Slay via trade, the Giants signed Bradberry in free agency, and Washington brought Fuller back after two season in KC.

Ugh. Malcolm Jenkins was a mainstay here, but he's now gone. Collins had 117 tackles in 2019, and Woods has become a decent starting safety for the Cowboys. I'd give him a narrow edge over Jabrill Peppers.