Pa. bill to study of psilocybin – the drug in magic mushrooms – as mental health treatment languishes in Harrisburg

The use of psychedelics have been found to have potential for helping people with PTSD, depression, OCD and more 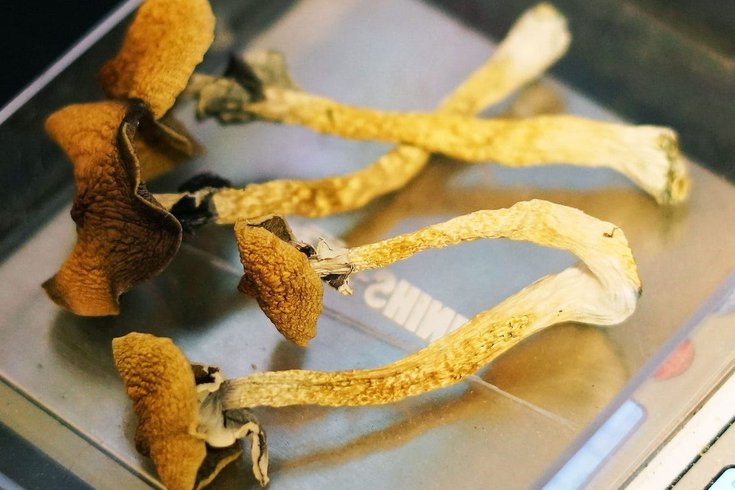 Republican state Rep. Tracy Pennycuick, of Montgomery County, introduced a bill that would allow researchers to study psilocybin, the psychedelic drug in magic mushrooms, as a psychedelic mental health treatment for PTSD, depression, anxiety and more.

Mark Keller still uses his call sign "Slider," even though he retired from the Navy in 2012.

Keller excelled during his 20 years as a naval flight officer. But when he retired, trauma from an incident in 2005 when he accidentally killed 12 innocent people began to resurface, he said.

Like many veterans, Keller has Post Traumatic Stress Disorder. He initially sought help from the U.S. Department of Veterans Affairs, which he described as "incompetent," then from private healthcare providers, who prescribed him Ativan, a sedative.

Ativan, Keller said, was "not the right answer;" he became addicted.

"I lost my family. I lost my business. I was one day from being homeless at one point," Keller said. "And I was a drug addict."

And, Keller said, he wasn't healing. As he emerged from his addiction, he said heard from a friend about veterans who received psilocybin treatment for PTSD in Peru. Keller traveled to Peru and got the treatment himself, and described it as "profound."

"I found a peace that I had never known before," Keller said. "I felt God's love."

Keller became involved with No Fallen Heroes, a documentary that advocates for psychedelic treatment for veterans. He shared his story Wednesday during a news conference at the Capitol in Harrisburg put on by the Center for Psychedelic Education and Reason for Hope, which advocate for access to psychedelic therapy.

"Why is it that we go off and we fight these wars for our country," Keller asked, "and we come back with these wounds, and there's nothing for us?"

Rep. Tracy Pennycuick, R-Montgomery, asked the same question. With her bill to start trials of psilocybin, a drug found in "magic mushrooms" that produces psychedelic effects, she hopes to make Pennsylvania the latest state to increase access to psychedelic mental health treatment. But it's not clear whether the bill will pass.

Pennycuick is a veteran and has had PTSD since 2012 due to a traumatic experience when she was an Army helicopter pilot. She introduced the bill because she was frustrated at the lack of progress for PTSD treatments and saw promise in psilocybin.

"Right now, veterans with PTSD have a mirage of opportunity. Yoga, service dogs, warrior writing, warrior photography," Pennycuick said. "The bottom line is it's not working, and we know that because we're losing 20 veterans a day."

But Pennycuick's bill has been sitting in the House's health committee since 2021. It can't advance out of committee until the committee's chairperson, Rep. Kathy Rapp, R-Warren, allows it. And in March, Rapp seemed to disapprove of the bill.

Pennycuick's bill, if it passes, would create clinical trials for psilocybin treatment. This treatment would prioritize veterans and retired first responders and their family members.

Bills legalizing psilocybin therapy through trials and research have become somewhat common in state legislatures. The bill in the House would be similar to one that recently passed in Connecticut, which the Center for Psychedelic Education also supported. Texas passed a law creating psychedelic medicine studies for veterans last year.

Maryland's legislature passed a bill funding psilocybin treatment for veterans, but the governor has not yet passed it. Oklahoma's House of Representatives passed a bill for psilocybin research but it's still waiting for a vote in the Senate.

Oregon legalized psilocybin via referendum in 2020 and the program will be implemented in 2023.

However, it's more common for psilocybin bills to gain some momentum but not make it out of the legislature, like in Pennsylvania. This happened in Washington and Maine, among other states.

Sometimes, bills to legalize medical psilocybin would also decriminalize it for recreational purposes. New Hampshire, Rhode Island, and Missouri have bills in their legislatures along these lines; New Hampshire's bill passed in the House but stalled in the Senate, and the rest of the bills are stuck in committee.

Finally, some states aren't yet prepared to legalize psilocybin but have passed — or are in the process of passing — legislation to research whether or how they should legalize it. This is the case in Hawaii, Utah, Washington, and Georgia.

The Center for Psychedelic Education said it will be advocating for bills such as Pennycuick's in other states, including Florida.

Jesse Gould, a veteran who said psilocybin "saved [his] life," said the treatment would be a "tidal wave" across psychology.

"You can see history in the making and you have that choice on which side of history you want to stand on. And so you can either make the hard choice and stand with veterans right now," Gould said, "Or you can wait five years when it's easy, and everybody's already on this vote, and then your choice doesn't really have that effect."

"We always hear politicians say, 'Hey, I support the veterans,'" Gould said. "Now is an opportunity to actually show that. And psychedelic modalities are the best way for you to support the troops."