Puppies in Pa. Turnpike crash under age required for transport across state line 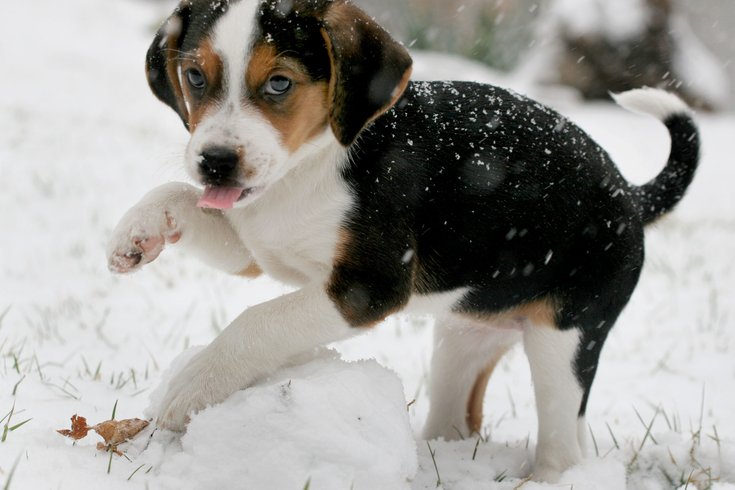 Ruby, a 9-week-old beagle puppy, plays with a snowball.

An investigation is underway on whether a van transporting dozen of puppies to a New Jersey pet shop from Ohio was in violation when it crashed Wednesday on the Pennsylvania Turnpike.

According to the Bucks County Courier Times, a Pennsylvania Dog Law Enforcement officer reviewed the ownership and interstate commerce records of the 79 dogs, and noted summary dog law violations for transporting underage puppies..

The legal age to transport puppies in Pennsylvania is 8 weeks, enforcement officials told the Courier Times.

The dogs were headed to Puppy Hut, a pet store in Robbinsville, New Jersey, when Pennsylvania State Police responded to the accident.

As a result of the crash, the dogs were thrown from their cages and were temporarily loose on the Turnpike near the crash site, which happened at the eastbound lanes between the Willow Grove and Street Road exits.

All but two of the puppies lived and were taken to the Bucks County SPCA as a temporary shelter. Twelve were released to the owner of Puppy Hut.