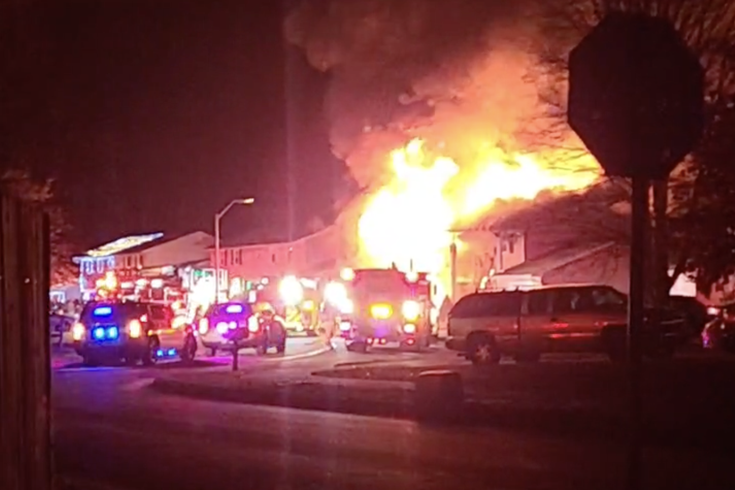 A house fire in the first block of Essex Court in Quakertown, Bucks County killed a 41-year-old father and his two sons on Christmas morning, officials said. Authorities are investigating whether Christmas tree lights may have been the cause of the blaze.

A father and his two sons were tragically killed early Christmas morning when they became entrapped in a home that caught fire in Quakertown, officials said.

Firefighters responded to a property along the first block of Essex Court, off East Broad Street, around 1:30 for a report of a blaze that had engulfed both sides of a twin home located in a cup de sac.

Three people inside one of the homes were unable to escape the property, a 41-year-old man and his two boys, 11 and 8 years old, according to CBS3.

The residents of the second home, a mother and her son, managed to get out and were reportedly taken to a nearby hospital to be treated for burns and smoke inhalation.

Bucks County Coroner Meredith Buck confirmed the deaths of the three victims later Saturday morning after their relatives were notified. The father was identified as Eric King, LehighValleyLive reported. The two children were not identified and autopsies are not expected until early next week.

A cause for the fire has not yet been determined, but Quakertown police chief Scott McElree said officials believe that the blaze may have started from Christmas lights strung on the family's tree. A final determination will be made by the state fire marshal who responded to the scene.