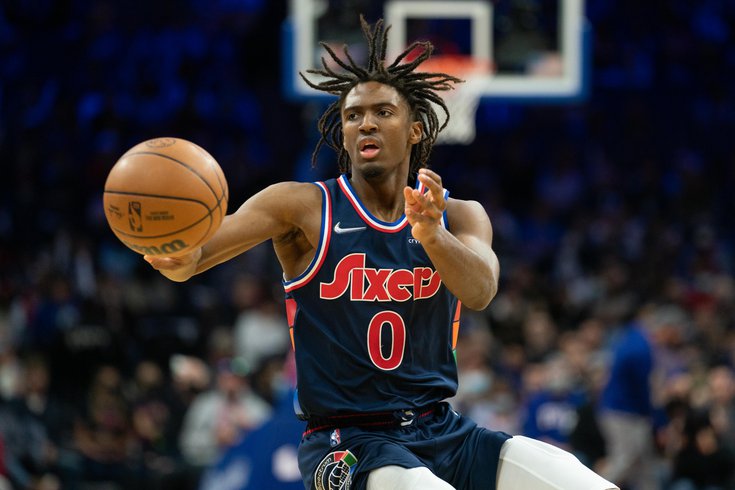 Sixers guard Tyrese Maxey and his family were not harmed in a fire that broke out at Maxey's home in Voorhees, New Jersey on Christmas Eve.

Philadelphia 76ers guard Tyrese Maxey and his family had a scare on Christmas Eve when the second-year player's home caught fire Friday night in Voorhees, according to officials.

A team official confirmed to PhillyVoice's Sixers beat writer Kyle Neubeck that a fire broke out at Maxey's South Jersey home, where he was spending Christmas Eve with his family. No one was harmed in the fire.

Sixers team official just confirmed to me that Tyrese Maxey’s house caught fire. I’m told he and and his family who are in town are okay (which is the important part!), extent of the damage not clear yet.

Maxey and his family are okay 🙏 pic.twitter.com/jgAsLG3ykp

Sixers officials are working closely with Maxey and his family to ensure that they receive the support they need.

The cause of Friday night's fire has not yet been determined.

Maxey, 21, has made a significant leap in his second season in Philadelphia, where he's taken on a central role in the absence of All-Star holdout Ben Simmons. He has emerged as a fan favorite and has delivered memorable performances during a COVID-altered season in which he's been asked to carry a heavy load on both ends of the floor.

Maxey also has been active in the community in Philadelphia, partnering last month with the YSI Crittenton Family Support Center in Germantown to speak with students, hold a raffle and give out gifts to kids and their families.