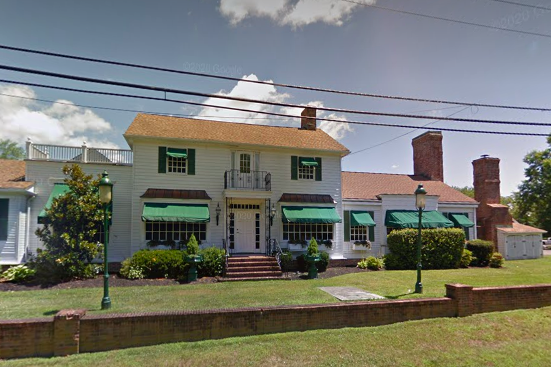 The Ram's Head Inn will be up for auction for the second time this year. The former wedding venue closed in 2019.

Virtually anyone can place a bid on the Ram's Head Inn when it hits the auction block this October.

The former wedding venue near Atlantic City is being put up for auction for the second time this year.  The minimum bid? Just $1.

The first auction, held in April, required a minimum bid of $750,000 and a deal could not be reached, the Philadelphia Business Journal reported. The second auction will be held online Oct. 11-13.

"We're a little more optimistic this time around," Craig Parcells of JLL's Parsippany office who is brokering the sale, told the Journal.

He said there has been a "significant uptick" in interest and more than 10 prospective buyers have registered for the auction.

The Ram's Head Inn, located at 9 W. White Horse Pike in Galloway, is a 24,000 square-foot banquet hall. The site opened as a roadhouse in the 1930s before transitioning to a Dutch-themed restaurant until the 1970s.

The Knowles family, which has owned the property since the 1970s, closed the business in 2019 after experiencing issues with the sprinkler system. Those issues have been fixed.

The property initially was put up for sale in 2019 but has sat empty amid the COVID-19 pandemic,

In 2019, co-owner Kurt Knowles told The Press of Atlantic City that it was bittersweet to sell the business.

"It's sad," Knowles said. "Restaurants are living things that evolve and change with the times."

The Ram's Head had employed 25 full-time and 35 part-time staffers while hosting about 60 weddings a year. Parties tended to include 125-175 guests.

The 4-acre site includes eight rooms and dining areas that seat groups ranging from 12 people to more than 300. There is a 3,500 square-foot ballroom and a veranda that seats 350 people. The venue has plenty of outdoor space, including a courtyard.