Ramsay vs. Lee: how 'Culinary Genius' compares to 'Hell's Kitchen' 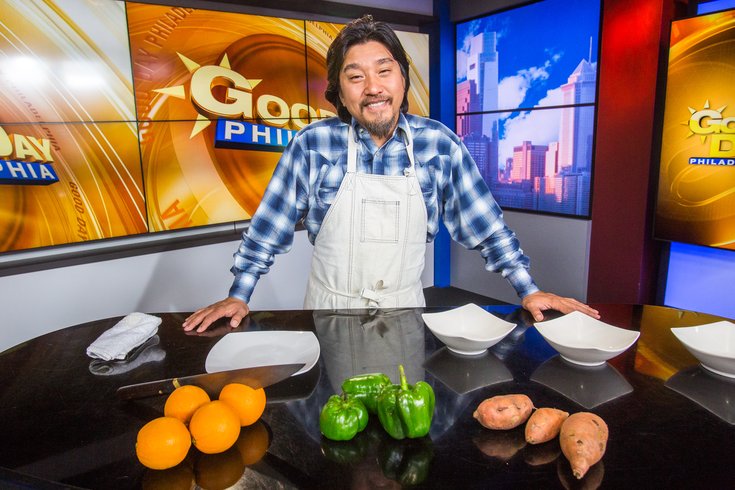 While Brooklyn-born chef Edward Lee doesn’t exhibit the fiery temper of Gordon Ramsay, he does have limited patience for poor performance put forth on plates from amateur chefs on the the summertime TV show, “Culinary Genius,” which wrapped up today on Fox.

Produced by celebrity chef Gordon Ramsay, “Culinary Genius” is an adaptation from an English show of the same name. Each half-hour episode opens with Lee giving five amateur home chefs a cooking demonstration, and then the competition begins. Each contestant competes to be named the culinary genius of the day.

Samantha Harris, former co-host of “Dancing with the Stars” and “Entertainment Tonight,” compliments Lee as the show’s host.

Unlike Ramsay, who’s fired barbs at his contestants on shows like “Hell’s Kitchen” and “Kitchen Nightmares,” Lee said he is not here to make anybody cry. And he’s seen some pretty pathetic offerings.

“A lot of these are good ideas executed really poorly,” Lee told PhillyVoice during a recent interview at Fox studios in Old City.

“Even though I berate people for their bad performances, I always try to give them a tip or a hint like, ‘Listen, you had a great idea. It didn’t go well. Here’s how you could have done it, or should have done it, to make it better.’ I’m not here to belittle anyone.”

During an airing of the show last week, contestants got a chance to watch Lee squirm, when he tried six different types of chili peppers. They ranged from the padron pepper, native to northwest Spain – the mildest of the peppers – to the Scotch bonnet pepper, commonly found in the Caribbean, with a heat rating of 350,000 Scoville units. During his demonstration, Lee asked one of the contestants to deprive him of a glass of milk, no matter how much his mouth burned and how much he begged for it.

A four-time James Beard Award nominee and owner of three restaurants in Louisville, Ky. and Washington, D.C., Lee has made multiple TV appearances on shows such as PBS’ “The Mind of a Chef,” and most recently he hosted and co-produced a feature documentary called “Fermented.” His self-authored cookbook, Smoke & Pickles, chronicles his unconventional journey from the kitchens of Brooklyn to becoming a lauded Southern-style chef.

“Home cooks have this incredible opportunity now with television and the Internet to push themselves beyond anything they’ve ever done before,” he said.

“At the end of the day, I think the contestants appreciate that I’m not pulling punches or holding anything back. When something is garbage, I say so, but when something’s really good, I say so too. The whole idea is, you’re a home cook, but I want you to cook the best thing you’ve ever cooked in your whole life within this half hour. In order to get people there, sometimes I need to push them a little bit more than they even knew they were capable of doing.”