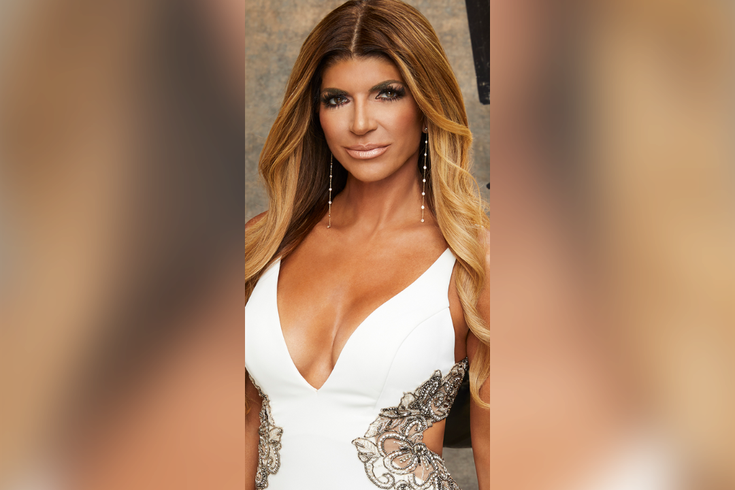 CAST IMAGE FOR " THE REAL HOUSEWIVES OF NEW JERSEY"//BRAVO

Giudice claims the art is a photo of her Montville Township, New Jersey home and that Keef didn't get permission to use the photo, according to TMZ. Her lawyers are alleging it's an invasion of privacy and that she should have been compensated for use of the photo.

But according to TMZ, the photo was once used to market her house when it was up for sale, which could make her case a hard sell in the courtroom.

The album, "Mansion Musick," came out in July. Apparently one of Giudice's four daughters told her about the photo, so she's not a Keef fan herself.

Giudice has been out of the spotlight for a few months since the latest season of RHONJ ended last January but will make an appearance this month at "Celebrity Housewives Live" featuring other cast members of the franchise.