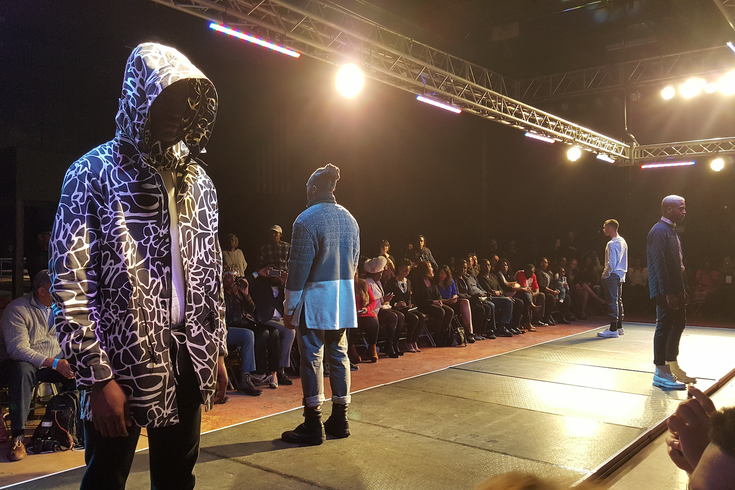 Let's be honest: For one reason or another, fashion shows are often a woman's game. But it's not true that men's fashion is any less dazzling -- or at least not in the case of Philadelphia Fashion Week's Men's Luxe show.

Hosted Thursday night at South Philadelphia's 2300 Arena, and first birthed in 2006 in the courtyard of City Hall, the runway show is a demonstration of ready-to-wear apparel from men's designers both local and national.

The event, produced by Philadelphia talent agency FBH and founded by Kerry Scott and Kevin Parker, lasted about 80 minutes and featured six designers and brands, showcasing everything from men's suits to swimsuits to -- you guessed it -- florals. The attempt this year, Scott told PhillyVoice, was to show outside-the-box brands capitalizing on a moment in pop culture when athletes, along with young celebrity men like Jaden Smith, are breaking from standard notions of what men can wear.

But if you're just looking for the highlights (you are), we've gathered everything you need to know below. 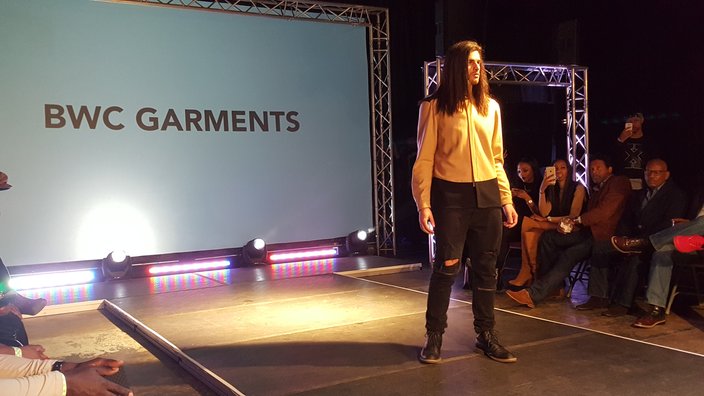 The color of the above top has been described as everything from sandpaper to iced coffee, but the indisputable fact is that this type of earthy neutral is a trend for spring, making it no surprise that the color sprung up in the BWC Garments show, a collection largely focused on street style. The jeans, meanwhile, with tears atop the knee and zippers on the shin, are in line with other punk-inspired looks presented in the collection (see featured photo above).

Throw in an oversized denim jacket paired with simple black jeans, and BWC's offerings were arguably the most pragmatic and, for that reason, engaging of the six brands. 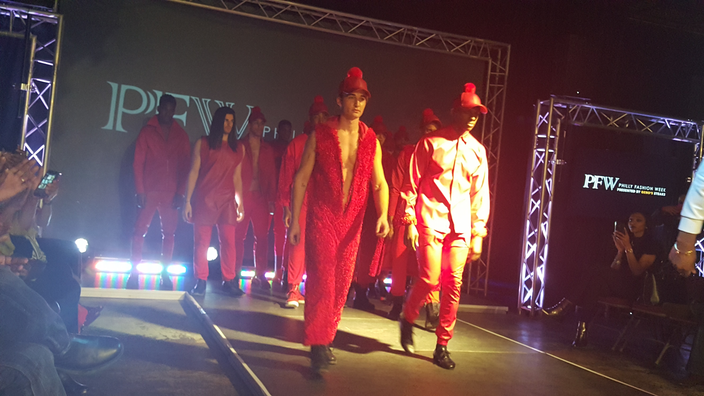 Perhaps it was Kinetic Styles' existence in context of this particular event, but the can't-look-away, Elmo-chic red of the collection was the most memorable presentation of the night, whether you liked it or not. Despite some variations of the aesthetic working much better than others (that leather jacket certainly is more wearable than the tank top), the collection gets credit for daring to be different.

Though, maybe leave that furry jumper and snapback in the closet. 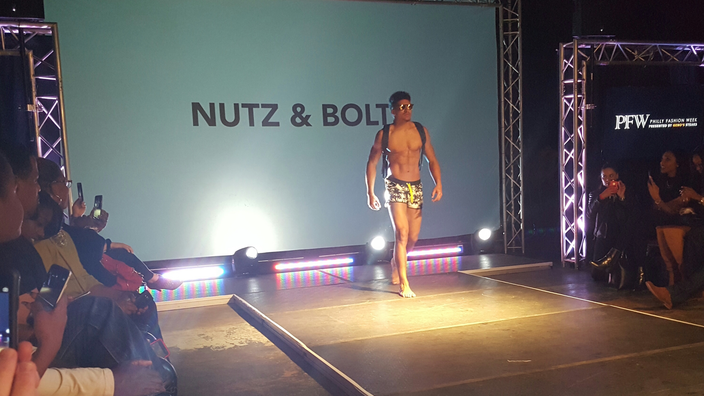 Nutz & Boltz, a soon-to-open Center City men's apparel and intimate wears boutique, took the occasion to show off its swimsuits -- a smart move, given that they carry Andrew Christian designs and have wisely taken up residence in the Gayborhood. There was also a surprising presence of meggings (ahem, male leggings) and a onesie from New York's Nasty Pig, which left approximately nothing to the imagination.

CBC Men's use of color 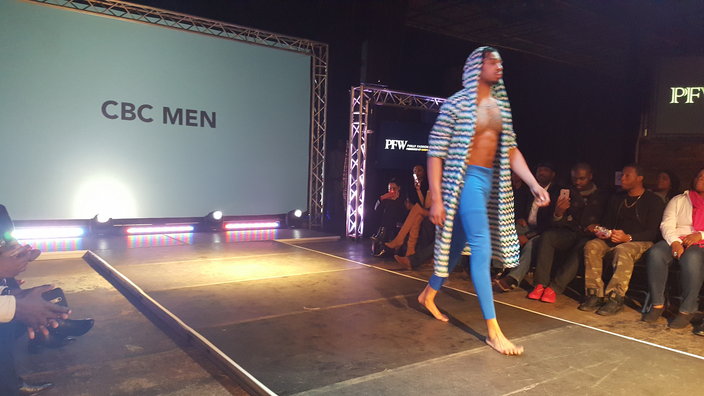 With a surprising marriage of oversized tops and skin-hugging pants that call back to the best Jane Fonda workout videos, Christopher Brown's CBC Men ("Closet by Crystal Ball") shined in the latter half of its presentation. Eye-popping colors followed an initial mix of jailhouse-rock-like outfits dulled by their predominantly black and white aesthetic (one mustard-yellow onesie being the exception). Meanwhile, the use of jagged horizontal lines in the above ensemble and at least two more feels a bit like Urban Outfitters while maintaining its own distinct look. Bravo.