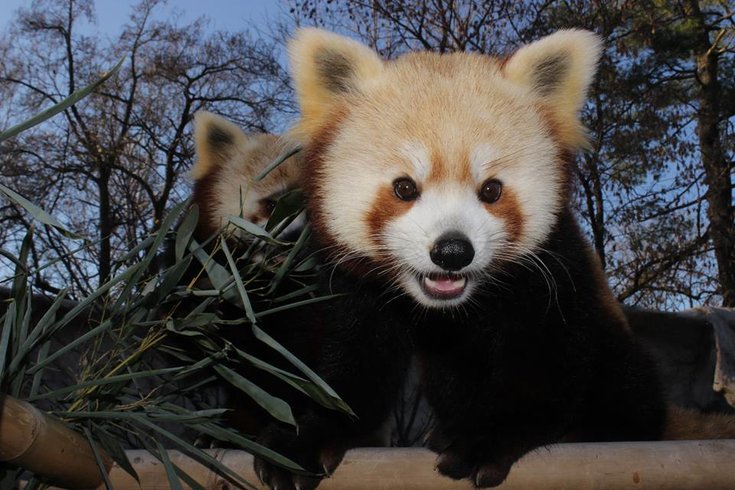 Tests have revealed the cause of death for one of Elmwood Park Zoo's young pandas who passed away late last month, the Norristown, Pa., zoo announced Friday.

Clinger, one of three red panda brothers who made their debut in June, died in the early morning hours on Nov. 29.

The zoo's veterinary staff performed a full necropsy (animal autopsy), but they did not find any conclusive evidence to explain a cause of death. Further tissue analysis was being conducted by a zoological pathologist.

According to Elmwood Park Zoo, a brain biopsy later revealed that Clinger died of meningo-encephalitis, which is similar to the encephalitis that humans can acquire. However, Clinger’s infection was likely caused by a protozoa, or parasite, the zoo said.

Clinger's mother, Shama, also died from encephalitis brought on by a parasite.

According to the zoo's earlier post, Clinger showed no obvious signs of illness or distress. His brothers, Shredder and Slash, were given full examinations, including bloodwork and X-rays. Both were found to be in perfect health. They are receiving preventative treatments, and their health will continue to be closely monitored.

"Although only here a short time, Clinger made a definite impact among all of us that cared for him and all of you that came to visit him," the zoo said. "He will be deeply missed."

The Philadelphia Zoo introduced its newest red panda cubs on Nov. 18. The brother and sister pair were given the names Betsy and Ben by voters.