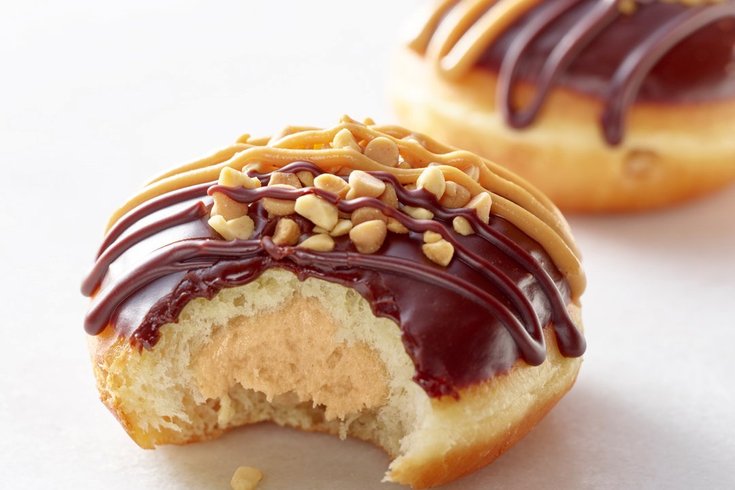 If you’re looking to abandon your work week diet in style this weekend, Krispy Kreme could help as it begins selling its Reese’s Peanut Butter Cup doughnut, which will be available in U.S. stores for a limited time at $1.69 a pop.

Unfortunately for Philadelphians, finding a Krispy Kreme location isn’t as easy as, say, a Wawa. It’s even substantially more difficult than finding a Federal Donuts here, too.

There is a grand total of four Krispy Kreme locations in the Greater Philadelphia area – like, way greater. All the locations are pretty far outside of the actual city, with locations in Havertown, Delaware County; Bensalem, Bucks County; Collingswood, Camden County; and New Castle, Delaware.

What's worse? None of those locations are listed as participating franchises in the Reese's doughnut release. Eerie will have them, though. It's just a mere six-and-a-half-hour drive to the complete opposite corner of the state.

Philadelphia wasn't always void of Krispy Kreme locations, of course; a store in Northeast Philly opened in 2002 before closing a few years later, and in 2011 a Center City Krispy Kreme location opened and then shuttered less than two years later. An attempted location in Fox Chase met out-the-door lines during its 2010 opening, only to close, like the others, in 2013.

On the off chance you’re in convenient proximity to a participating Krispy Kreme, though, here’s what you can expect from the shop’s partnership with the Hershey's: a traditional creme-filled donut this time full of “peanut butter Kreme” that aims to reflect that of a coveted Reese’s Peanut Butter Cup.

"In partnering with The Hershey Company, we’re satisfying an intense desire that Krispy Kreme and Reese’s fans never knew they had," Jackie Woodward, Krispy Kreme's CMO, said in a statement.

Way to soften the blow, Jackie. How can we satisfy this intense desire now?

The most logical conclusion is to go to the aforementioned Wawa, purchase a pack of Reese's peanut butter cups and a glazed donut, and start experimenting. Cheers!