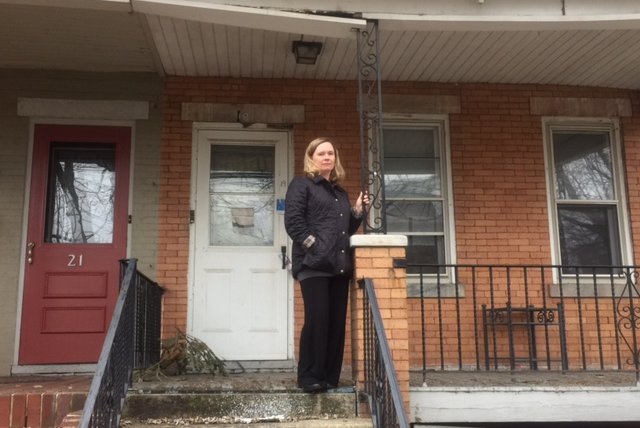 Pilar Hogan-Closkey, leader of the St. Joseph's Carpenter Society, stands on the dilapidated porch of a home at 19 Lees Ave. in Collingswood. After fixing up the home, vacant for about four years, the town will sell the property.

South Jersey’s Collingswood is killing zombies – real estate zombies – with the help of an inner-city organization schooled in rehabbing “the hardest properties.”

That’s how Pilar Hogan-Closkey, executive director of the St. Joseph’s Carpenter Society, describes the group’s work over the past 32 years in Camden, a city pocked with abandoned properties.

The nonprofit, which specializes in rehabbing vacant properties and promoting homeownership, is “taking what we learned in Camden” and applying it to the suburban New Jersey towns of Pennsauken, Merchantville and Gloucester City, as well as Collingswood.

It’s a recent foray outside the borders of Camden for St. Joseph’s. The group has already bought three distressed properties in Pennsauken. One of those properties has already been resold.

Now, St. Joseph’s is preparing to rehab three properties in Collingswood with the help of the borough: a privately-owned twin at 19 Lees Ave.; a bank-owned bungalow at 254 Harvard Ave.; and a bank-owned large home at 634 Atlantic Ave. 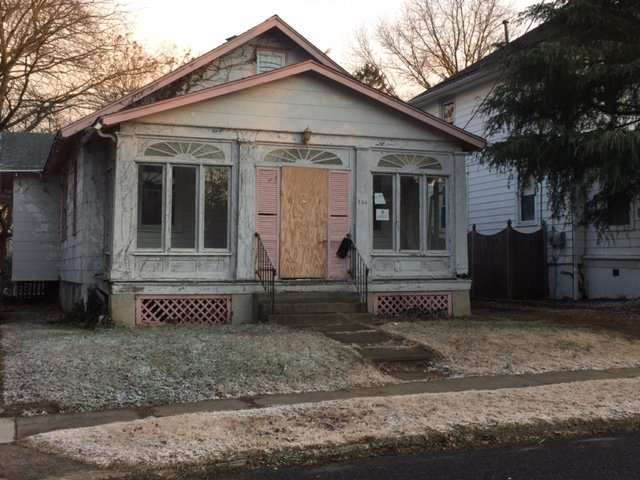 The St. Joseph's Carpenter Society plans to rehab this bungalow at 254 Harvard Avenue and then the boro of Collingswood plans to sell the property.

And there’s a fourth home which the nonprofit has bought from a bank, said Hogan-Closkey.

“We’re hoping to have more as they trickle out of the courts,” she said Tuesday.

Collingswood and other towns have been grappling with the aftermath of the 2008 financial meltdown, as overextended homeowners stopped paying mortgages and began walking away from properties, creating a legal thicket in the courts and blight in neighborhoods.

“I applaud Collingswood for jumping in and being proactive. It’s not easy." – Pilar Hogan-Closkey, executive director of the St. Joseph's Carpenter Society

Collingswood Mayor Jim Maley and borough commissioners, fed up with banks sitting on distressed properties, moved to assemble a list of abandoned properties.

They have put up to $1 million toward attacking the problem, moving to take control of the properties in court through receivership, similar to condemning the properties, but without the municipality ever taking title to the real estate.

Once the property is in receivership, St. Joseph’s can move ahead and rehab it. When complete, the city can move to sell the property, with the proceeds repaying legal and fix-up costs.

Hogan-Closkey said Collingswood, with its well-built homes, transportation via rail and roads and proximity to Philly, should be an easy sell.

“I applaud Collingswood for jumping in and being proactive. It’s not easy,” Hogan-Closkey said after visiting the Lees Avenue property, where the empty twin’s sagging porch is beginning to pull away from its conjoined neighbor. That side of the twin is owned by a Collingswood pastry chef and his partner. They could not be reached for comment.

Joann Sheehan, who has lived on Lee Avenue since 1963, and lives two doors away from the abandoned property, said 19 Lee has been empty for about four years.

“This has to be an improvement for the neighborhood,” she said of the plans. 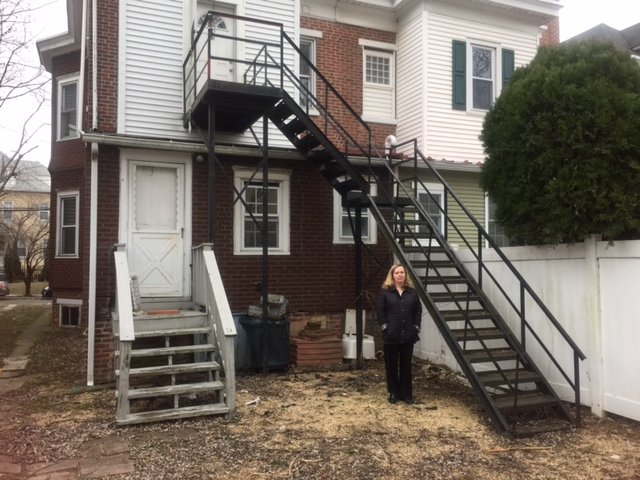 Pilar Hogan-Closkey, leader of the St. Joseph's Carpenter Society, stands behind 19 Lees Avenue in Collingswood. It will be turned back into a single-family residence and sold by the town.

"It's an eyesore and I am always worried that parts of it are going to cave in," said neighbor Mary Yurick. "In fact, just last night when I was walking home from PATCO, I looked at it and thought how it's good that we haven't had much snow this year because I don't think the porch roof could support any large amount of snow."

A neighbor, who asked not to be identified, called the building “the worst eyesore ever,” but said in some ways the vacancy in recent years was better than the last tenant.

She said there is beautiful woodwork inside the empty twin. The neighbor, who grew up on Lee, said she “couldn’t be happier” that the city had stepped in.

“I’m looking forward to someone putting roots down and taking care of it,” she added.

According to Maley, another 30 to 40 homes are on the abandoned property list, working their way toward receivership.

He said simply creating the list has prompted some owners to either sell or rehab their problem properties, so the list is ever-changing, with properties coming off the list and other being added from time-to-time.

Maley, himself a lawyer, said it is a slow process even with the list because so many legal notifications are built into the process.

They can either buy a property as-is from the city, as long as they have an approved renovation plan, or purchase a home already restored by St. Joseph’s, according to the mayor.