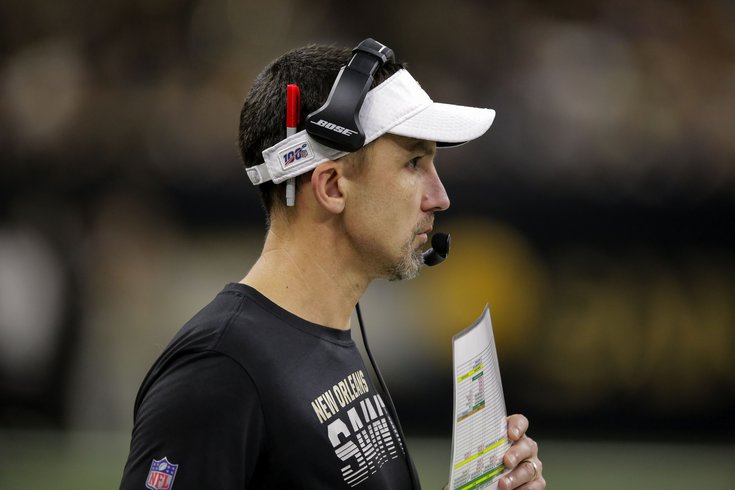 The Philadelphia Eagles will reportedly be interviewing with New Orleans Saints defensive coordinator Dennis Allen on Wednesday, according to Ian Rapoport of NFL Network.

Allen has been a coach in the NFL since 2002, and if you'll recall, the Eagles interviewed him for their vacant defensive coordinator job in 2011, but he accepted a job in Denver. The Eagles ended up promoting Juan Castillo instead.

Allen was the Broncos' DC for one year, before landing a head coaching job with the Raiders. In Oakland, Allen posted a 8-28 record, before he was fired early in the 2014 season.

Allen has since settled in as the Saints' defensive coordinator.

His full coaching history, via Wikipedia:

Allen's initial time as a coordinator in New Orleans was rocky, but the Saints' defense has been much better in recent years. A snapshot of Allen's defenses' stats the years that he was either a head coach or defensive coordinator:

To note, Allen was only the head coach for the first four games in 2014, and he took over as the defensive coordinator with the Saints more than midway through the 2015 season.

As you can see, the Saints' defense has finished in the top quarter of the league in DVOA in each of the last four seasons. Just don't look at what happened before that.