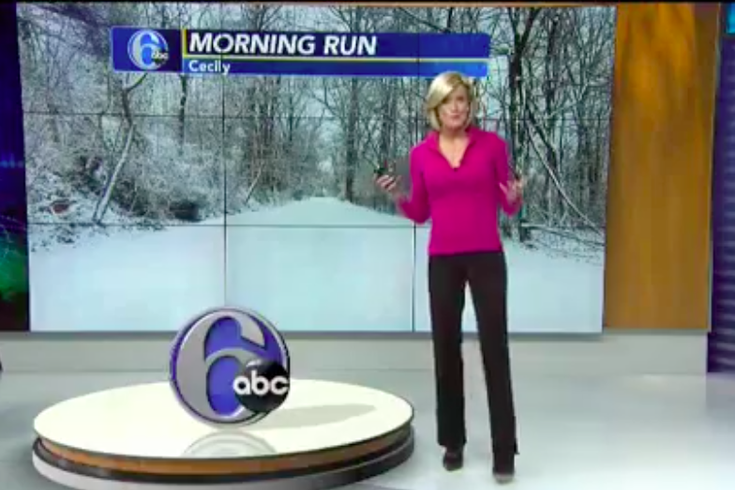 Cecily Tynan says a viewer found this outfit 'unprofessional' and wasn't having any of it.

Read More
CORRECTION: A curated PhillyVoice story about an alleged assault by ABC6 personality Cecily Tynan at a U2 concert on Wednesday night introduced several factual errors. The scratches seen in a photo of the alleged victim, identified as Brittany Lewandowski in the original report by PhillyMag, were on her upper chest, not on her back. The hand seen attempting to block the camera in another photo posted on Facebook by the victim's boyfriend belongs to a police officer, not to Tynan. Finally, our story said that PhillyMag interviewed the victim's boyfriend. It did not. It spoke only with Lewandowski. These corrections are now reflected in the story below.

Veteran 6ABC meteorologist Cecily Tynan allegedly assaulted a woman at a U2 concert in South Philadelphia on Wednesday night, according to a Facebook post from the woman's boyfriend.

The alleged assault occurred as the rock band took the stage at the Wells Fargo Center, PhillyMag reported.

A Facebook post by the alleged victim's boyfriend shows what appear to be scratch marks on the woman's upper chest and a picture of Tynan, 49, behind the hand of a police officer attempting to block the photograph.

The victim, identified by PhillyMag as South Philadelphia resident Brittany Lewandowski, reportedly filed a private criminal complaint against Tynan after Philadelphia police declined to arrest Tynan, according to PhillyMag, which reported authorities would only confirm that the incident in question occurred, not the identity of those involved.

Lewandowski told PhillyMag that Tynan dug her fingernails into his girlfriend's chest and told her to "shut the f**k up" because she was dancing and standing up at the start of the show. Lewandowski and her boyfriend were reportedly unaware that the woman was Tynan until the issue was escalated to security.

The incident reportedly caused Lewandowski and her boyfriend to miss nearly the entire show as they dealt with the matter in the security office.

Tynan and 6ABC have not publicly addressed the alleged assault.