Two women say worker denied them a room despite reservation 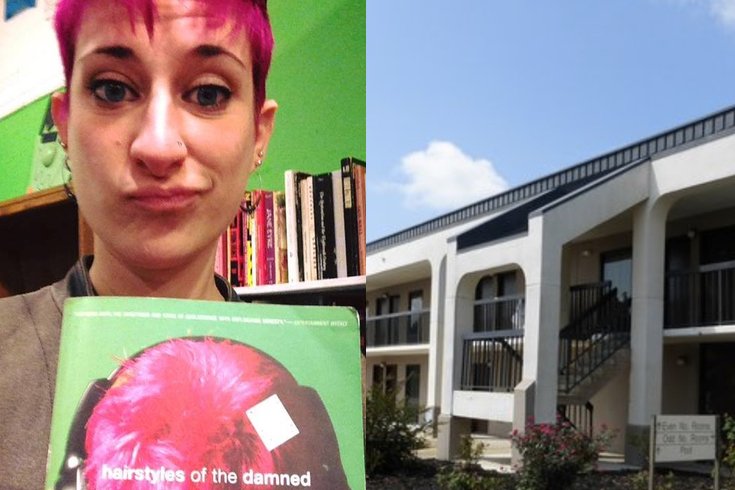 Meredith Murray of Philadelphia says she and her girlfriend were refused service at the Red Roof Inn in Emporia, Virginia.

A Philadelphia lesbian couple claims they were refused a Virginia hotel room they had booked possibly because of their sexuality, according to a report in PhillyMag.

Meredith Murray, a Pennsport resident, took to Facebook Monday to complain about her experience at the Red Roof Inn in Emory. She said when the front desk worker saw her and her girlfriend, he declined to give them a room. Here's her post:

Driving to SC. Booked a room in VA for my overnight stay. The whole drive down I was contemplating whether it would be better/safer to check in at 2am as a single female person or as a part of a lesbian couple. Sure enough the moment the front desk guy saw us he REFUSED us service despite showing him my Travelocity booking. Welcome to the South. And **** you #‎RedRoofInn.

Murray said in the comments section of the post that they had to pay for a room at another hotel and that Travelocity refunded them because of the issue and gave them a credit for another hotel in the future.

PhillyMag spoke to Murray and her girlfriend, Chivonn Anderson. They said they got there around 2 a.m. but provided a copy of their confirmation email showing they booked a late arrival.

Murray told the magazine the front desk worker was "perfectly nice" at first and even offered to help her switch rooms as she had accidentally booked a smoking room.

Yet when Anderson walked in from the car and rested her head on Murray's shoulder, the man's attitude changed and he claimed he didn't see their information even after Murray showed him the Travelocity confirmation, she told the publication.

PhillyMag also spoke to the worker and the hotel. The worker denied the couple's claims, asserting that their information wasn't on his computer and that he didn't have anything against lesbians or mixed-race couples — Anderson is mixed race.

The hotel said in a statement that it takes such matters "very seriously," does not tolerate discrimination and is looking into the accusations.

The allegations made by the couple come as a legal battle mounts against a recently passed law in neighboring North Carolina.

The law, passed by a GOP-controlled legislature and signed into law by Republican Gov. Pat McCrory, blocks municipalities from passing their own anti-discrimation ordinances to protect gay and transgender people.

It surfaced in response to a recent Charlotte law that allowed transgender people to use bathrooms that matched their gender identity.

In response to the state law, tech companies have spoken out against it and LGBT activists filed a lawsuit.