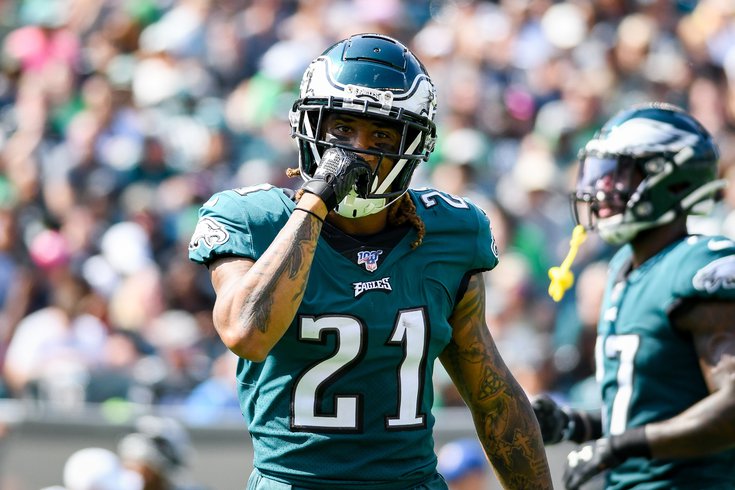 Former Philadelphia Eagles cornerback Ronald Darby has found his next team, and he'll stay in the NFC East, as Jeremy Fowler of ESPN is reporting that Darby signed with the Washington team.

Ronald Darby has agreed to a one-year, $4-million deal with the Redskins, per source.

Darby has been the most athletically gifted of the Eagles' cornerbacks over the last three years, and despite what the eye test may have shown, he got his hands on a lot of passes. In 26 games in his Eagles career, Darby had 32 pass breakups and six INTs, which are good numbers on a "per game" basis.

On the downside, he was a bad tackler, and he suffered significant injuries in every season that he played in Philly.

Far too often over the last three seasons the Eagles were put in situations where they were pulling guys off the street to play corner because they didn't have enough healthy bodies. Darby's unavailability was a major contributor to that theme, and the Eagles could not continue to rely on him. In our "stay or go" reader voting results, 94.7 percent of our readers thought he should "go."

A $4 million deal, if accurate, would be enough for Darby to qualify toward the comp pick formula, which we updated here.