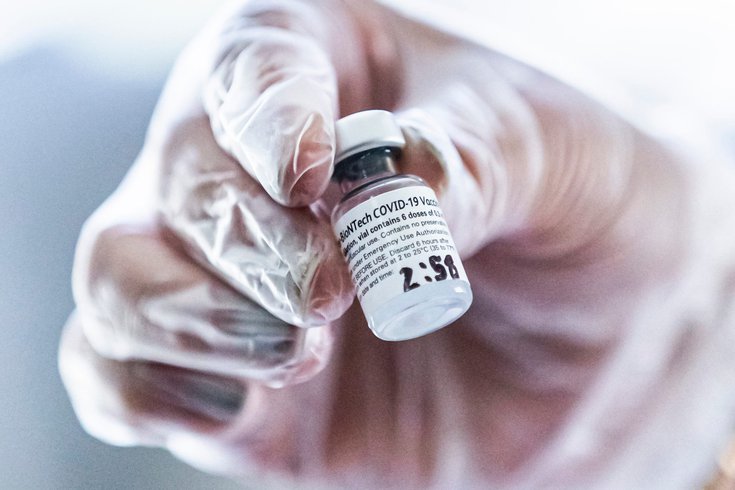 New research suggests that the immunity response from mRNA vaccines like Pfizer and Moderna could last years, maybe even a lifetime.

While COVID-19 research is still in its early stages, a new study published Monday suggests that booster shots might not be needed for years.

Scientists found that the Pfizer and Moderna vaccines created strong immune responses that could last for years — so long as the virus doesn't evolve into a new form, the New York Times reported.

Ultimately, more data is needed to determine whether the two shots grant enough immunity to protect people from contracting COVID-19. But results from this study are promising and show the vaccine's protection lasts at least a year.

Currently, the COVID-19 vaccines protect against the Delta variant because it's still structurally similar to the original virus. If the virus or one of its variants changed significantly, the vaccine's components would need to be adjusted and added to a booster shot for the vaccine, researchers say.

A working group from the Centers for Disease Control and Prevention also found that there was little evidence to suggest booster shots would be needed. A second group, the Advisory Committee on Immunization Practices, agreed with the CDC's conclusion, NBC news reported.

Some scientists say rising COVID-19 cases among vaccinated people might signal that boosters are needed to maintain immunity against the virus. But others argue that requiring preventative boosters — whether we need them or not — is better than waiting for the worst.

"We should begin to consider using these boosters before we have evidence of disease from these variants, if this continues to be an ongoing virus with periodic recirculation," Dr. Jose Romero, the advisory committee's chair, told NBC.

Russia announced plans to provide its population with a COVID-19 booster shot sometime this fall. The United Kingdom also said it plans to vaccinate its most vulnerable populations with a third shot before the end of the year, the BBC reported.

Dr. Ali Ellebedy, an immunologist at Washington University in St. Louis who led the study, said previous research pointed to long-lasting immune responses in patients that recovered from COVID-19.

Immune cells that recognize the virus were found in the patients' bone marrow at least eight months after infection, and "memory B-cells" matured and strengthened for at least a year after infection. That suggested immunity from the vaccine itself could potentially last for years.

The team looked at lymph nodes, where immune cells are primed to recognize and fight infections like the COVID-19 virus in structures called germinal centers. They recruited 41 people, eight whom had COVID-19 before, who were then fully vaccinated with Pfizer's shot to test their germinal centers' activity levels.

Researchers extracted the lymph node samples from 14 of the participants at three, four, five, seven and 15 weeks after receiving the first dose. They found that 15 weeks after the first shot, the body's immunity response was still strong, the number of memory cells had not declined and the germinal centers were active.

"It’s a good sign for how durable our immunity is from this vaccine," Ellebedy said.

Typically, germinal centers peak at one to two weeks after vaccination, but the mRNA vaccines stimulated the centers and they are still going strong.

Marion Pepper, an immunologist at the University of Washington in Seattle, told the New York Times that this shows the B cells are evolving, and ultimately will be protective against the ongoing evolution of the virus.

However, older adults and immunocompromised people may still need boosters because their immune systems are weaker.

It's not yet clear how long the protection from the mRNA will last, but scientists say without variants, it could last a lifetime. Since we know variants are spreading around the world, researchers said the immunity from the vaccine is better than no protection at all.

If the virus evolved far enough from the original structure of the virus, then booster shots may be needed.

The study, which was published in the journal "Nature," just looked at the two mRNA vaccines, produced by Pfizer and Moderna, and did not track Johnson & Johnson's vaccine.