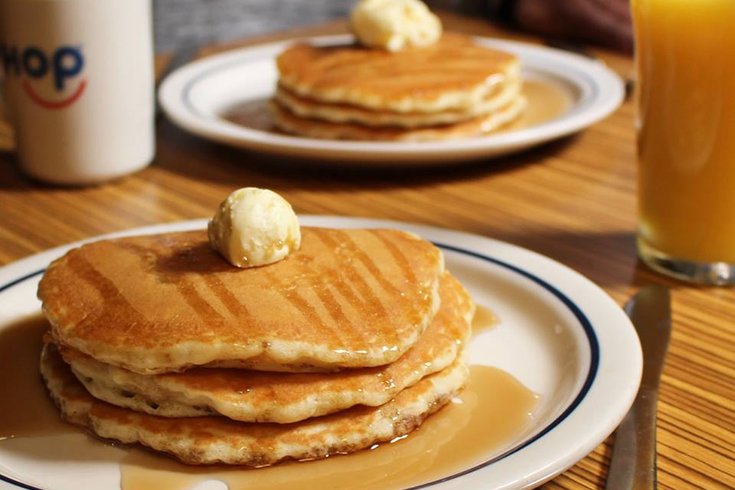 The dining chain recognized as IHOP, a.k.a. the International House of Pancakes, announced Wednesday that a name change for the 60-year-old institution was underway. Beginning next week, it will officially be going by "IHOB."

Despite announcing this change, however, the company said it would not reveal what the new "B" stands for until Monday, June 11. The move has already garnered some suspense -- is the "B" for breakfast? Bacon? Biscotti? Bourbon? Bougie? Bats?

IHOP is changing the P to B, it will now be IHOB... I'm assuming it will stand for
International House of Basichttps://t.co/iummBiUPXI

First Toys R Us closes, now IHOP is changing its name to IHOB. What's next? My Blockbuster gift cards are expired?

IHOP changed to IHOB, somewhere in Atlanta a promoter is plotting a Brunch party called “International House of Booty”

IHOP to IHOB? Next thing ya know, Denny's is gonna change it's name to, "That Place Divorced Parents Meet up to Exchange Kids Every Weekend."

the B in ihob stands for bisexual

I can only assume @IHOP is starting a strip club.
IHOB - International House Of Bitches pic.twitter.com/wtL6uTRfbP

Little does everyone know, but #IHOb really stands for International House of bowser. pic.twitter.com/K2WFaMhSc6

Though IHOP has not specified what the "B" really stands for, it has taken to writing some pun-tastic responses to some Twitter users, with gems including, "there are so many possi-b-lities" and "oh blease, this is no joke!"

NPR noted that this change may have been in the works for a while. The IHOB Twitter handle, which is empty but already verified, was reportedly made almost two years ago, in July 2016.

In an interview with USA Today, IHOP communications director Stephanie Peterson gave some insight, saying, "We're serious about the quality of food and our menu, and this name change really reflects that."

So... what are some food quality terms that start with a B? Let us know if you think of any.