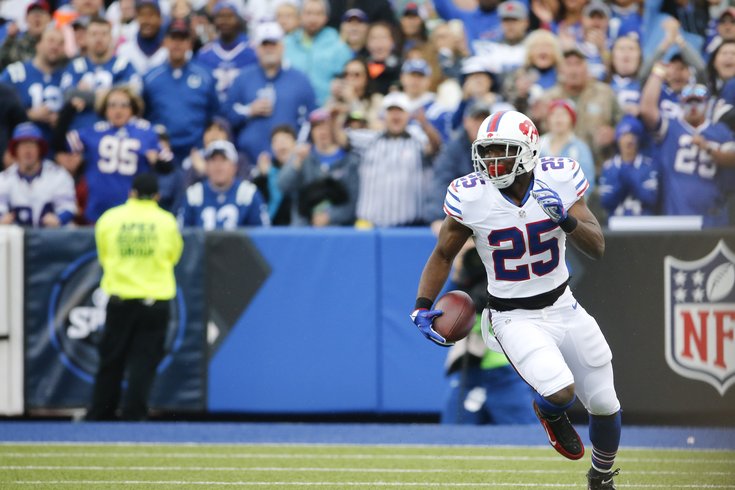 This past offseason, Chip Kelly famously (or infamously, depending on your take) turned the Eagles' roster on its head, swapping out superstars and starters, and replacing them with new faces. Of course, one of the biggest moves the Eagles made was when they traded LeSean McCoy to the Bills for Kiko Alonso.

McCoy dealt with injuries throughout training camp with the Bills, and has gotten off to a slow start in Buffalo, carrying the ball 60 times for 236 yards (3.9 yards per carry), and 1 TD.

According to to Marc Sessler of NFL.com, Rex Ryan said he wouldn't have to think too hard about doing that deal again.

"Not for two seconds. If they offered that trade again, I'd do it."

The Bills' decision to trade for LeSean McCoy this offseason wasn't a very smart one, in my opinion, then, or now.

McCoy had a drastic drop in production from 2013 to 2014. In 2013, McCoy was the NFL's rushing leader with 1607 yards. He also had a very impressive 5.1 yards per carry. In 2014, his yards per carry dropped to 4.2. The Eagles suffered a number of injuries along their offensive line that season, but McCoy often didn’t look like the same back.

More importantly, McCoy was set to count for $11,950,000 against the Eagles' salary cap in 2015. By trading him, the Eagles saved $8,550,000 of that figure. McCoy’s 2013 production may have warranted that kind of money. His 2014 production did not. After arriving in Buffalo, the Bills and McCoy came to an agreement on a new five-year, $40 million deal, which breaks down like this, via overthecap.com.

Alonso, of course, hasn't done much so far with the Eagles. He had an incredible interception in an up-and-down game Week 1 in Atlanta, then got hurt Week 2 against Dallas and hasn't played since. But the compensation here is kind of irrelevant.

That trade might be OK from a head coach's perspective, but not a GM's. Rex may like McCoy better than Alonso as a player, but paying McCoy the fourth-highest salary among NFL running backs has not paid off through a small sample size so far this season, and is probably unlikely to going forward.