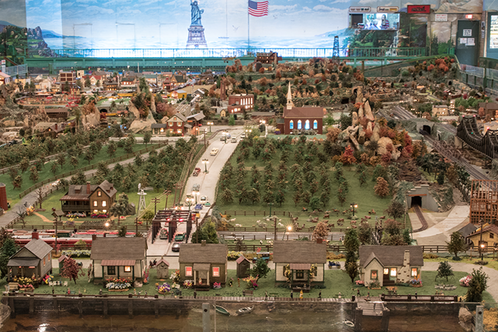 The miniature village in Berks County known as Roadside America.

Three employees of Pennsylvania's Roadside America have an ambitious plan to save the historic attraction.

It's going to be costly. Like, really costly. That's why, on Tuesday morning, they launched a Kickstarter campaign to purchase, renovate and relocate the "world's greatest miniature village," which went up for sale by the current owners about a month ago. Their goal is $750,000.

“We know that crowdfunding this kind of capital is a long shot, but we also know that there is an absolutely incredible community that loves Roadside America and doesn’t want to see anything negative happen to it," said Jon Jordan, the attraction's current supervisor.

Roadside America has been on public display since 1935. The 7,450-square-foot, sprawling landscape features mountains, trains, cars, buildings and tiny residents who inhabit a world housed off Route 22 in Shartlesville, Berks County.

In April, the owners announced they were selling the attraction and were looking for a buyer who would continue running the display.

Jordan is joined by Richard Peiffer — who works on the little trains, trolleys and cars — and Jeff Marks — who maintains the landscape — in the goal to buy Roadside America and "restore it to the way it was back in the 1950’s." They also want to move the mini village to a "more convenient" spot in Berks County. 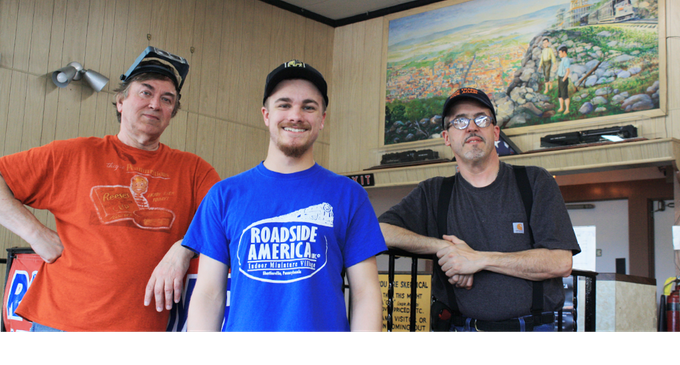 From left to right Jeff Marks, Jon Jordan and Richard Peiffer. The three employees of Roadside America in Berks County want to buy, restore and relocate the attraction.

"Maintaining the integrity of the display is a top priority. We want to keep it as close to the original as humanly possible, but with a fresher, more vibrant look and better operating condition," Jordan said in a press release.


The Kickstarter campaign is an all-or-nothing bid; if the three employees don't raise the $750,000 before 12 a.m., June 13, they won't get any of the money. Jordan said they opted for this route so investors wouldn't waste their money if they can't raise the appropriate funds.

In order to incentivize donations, they've set up gifts for individual and corporate donors; $100 gets you a T-shirt, your name on a "Wall of Honor" and a free admission ticket, while $5,000 gets a company's logo inside the new location, a mini billboard in the display, one lifetime admission ticket and discounted admission for employees. 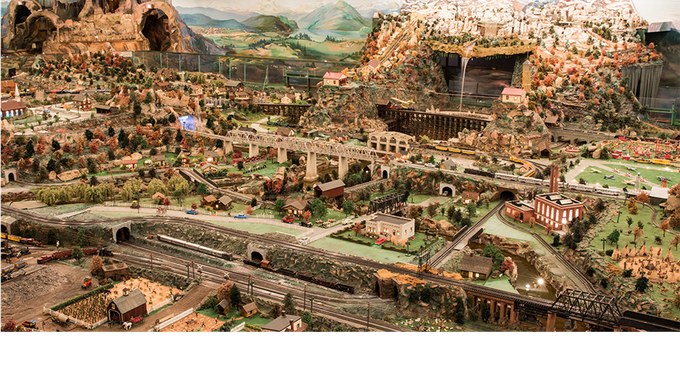 While $750,000 is the "bare minimum" needed for the employees' plan, raising $1.3 million would mean doubling the space for  Roadside America's new location to include a museum area, a section where visitors can watch employees working on the display and a green screen so tourists can be photographed inside the village.


The three clarified on their Kickstarter page that although they're employees, their campaign to purchase the attraction isn't endorsed by the company, the owners or anyone related to the sale of the business.