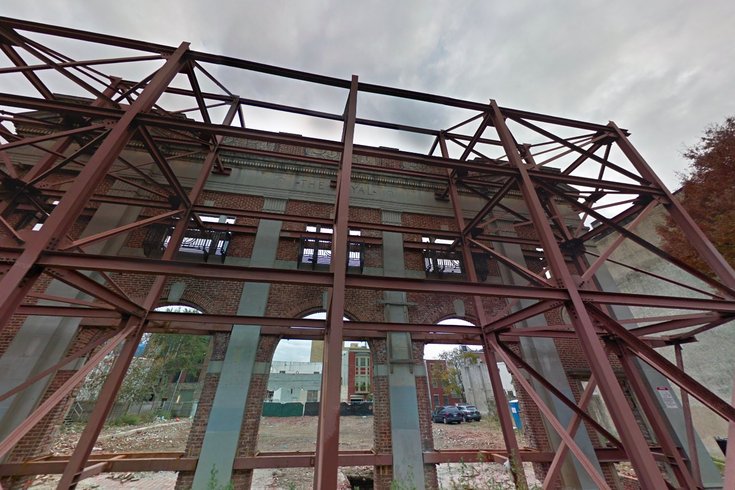 On the 1500 block of South Street, where the historic Royal Theater once stood, is the remaining facade and scaffolding of Philadelphia's first black-run theater. OCF Realty is building apartments and commercial space in the now-vacant lot.

Once one of South Street's most culturally rich staples, The Royal Theater will soon complete its transformation from art-deco art center to a mixed-use residential and commercial space.

The site, on the 1500 block of South Street in Graduate Hospital, has been under development for a few years, with demolition beginning in 2017. Currently standing there is scaffolding and the street-facing facade of the original theater, which was the first theater run by African-Americans in the city. The venue was built in 1919.

In a follow-up to the development, Curbed reported the property is becoming home to an apartment building with 54 units of studio and junior one-bedroom apartments, as well as 4,500 square feet of commercial space.

The project is overseen by OCF Realty. The exterior of the building is aiming for completion by the end of this summer, with the first units planning to be complete by spring 2020. OCF plans to keep the theater's original brick-and-stone facade intact, cleaning it of graffiti and installing new wood frames and windows.

The original theater hit its heyday by the 1930s, though attendance began to dwindle throughout the late 1960s as the threat of a proposed highway, dubbed the Crosstown Expressway, was in talks for the neighborhood. The highway, thankfully, was never built, but the theater didn't survive. The Royal Theater was forced to close in 1970, standing vacant until demolition began two years ago.