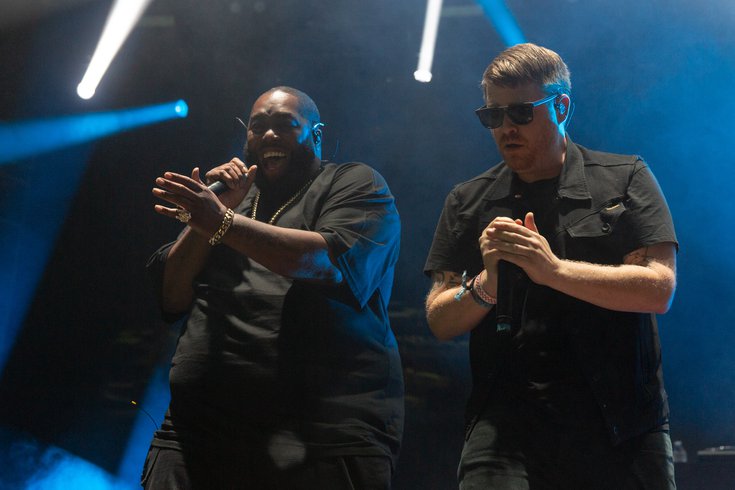 Run the Jewels released their fourth album two days earlier than expected. The rap duo, which is compromised of Killer Mike and El-P, made 'RTJ4' available to download for free on their website.

Run the Jewels' long-awaited fourth album arrived earlier than expected. "RTJ4" had been set to drop June 5, but the rap duo surprised fans and released their new album Wednesday, a few days early.

"RTJ4," an 11-song collection, arrives at a time when protests against police brutality and systemic racism are happening across the country.

“F**k it, why wait. The world is infested with bulls**t, so here’s something raw to listen to while you deal with it all," said the rap duo, which is compromised of Killer Mike and El-P. "We hope it brings you some joy. Stay safe and hopeful out there. And thank you for giving 2 friends the chance to be heard and do what they love. With sincere love and gratitude, Jaime + Mike.”

MORE: Michael B. Jordan's 'Just Mercy' is free to rent through June in effort to educate viewers | Thinking of binging The West Wing? Try these three episodes first

Run The Jewels 4 is out now - FREE on our website and avail everywhere you listen to music.

The album features appearances from Mavis Staples, 2 Chainz, Josh Homme, Pharrell and more. It's available on streaming platforms and to download for free on their website.

While free to download, fans have the option to donate to the National Guild Lawyers Mass Defense Fund, which provides legal support for political activists, protestors and movements for social change. The duo's website also provides direct links to make donations to Black Lives Matter, The Bail Project, Color of Change and Committee to Protect Journalists, among others.

On Wednesday night, El-P shared that fans had given more than $10,000 in the first 45 minutes of their fourth album's release to the National Guild Lawyers Mass Defense Fund. By the end of the day, he gave an update that almost $100,000 had been donated.

Also earlier this week, Killer Mike gave an emotional speech in Atlanta at the mayor’s press conference. He also appeared on "The Late Show with Stephen Colbert" on Monday and discussed how white people can become better allies and combat racism.

“Get your butt down there, and help those organizations in the physical," he said. "But, what I need white America to do beyond right now is understand that right now is always. It isn’t just helping in the now. It is being a part of fixing it always.”

He then encouraged everyone to educate themselves on racism and recommended everyone watch videos of Jane Elliot, an anti-racist educator, on YouTube. He cites a video of the activist giving a talk about racism. She asks the white people in the room to stand if they would like to be treated in the same way that black people are treated in this country. When no one stands, Elliot points out, "That says very plainly that you know what's happening. You know you don't want it for you. I wanna know why you're so willing to accept it or to allow it to happen to others."