Michael B. Jordan's 'Just Mercy' is free to rent through June in effort to educate viewers

The civil rights legal drama is available to stream through digital platforms, including Amazon Prime Video 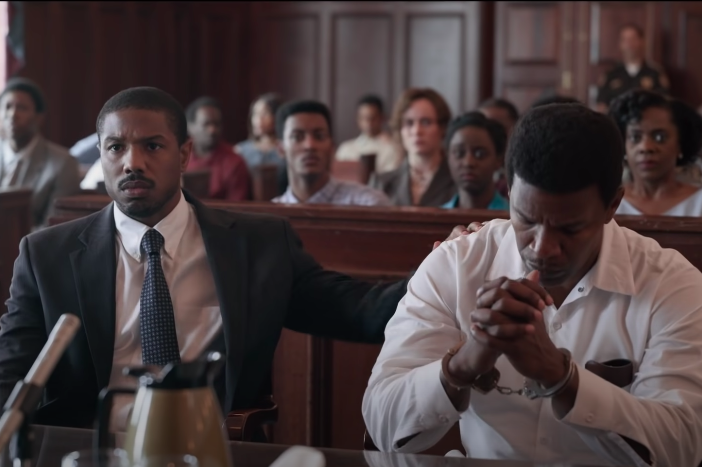 'Just Mercy' will be free to rent during the month of June. The 2019 film follows civil rights lawyer Bryan Stevenson (Michael B. Jordan) as he battles the Alabama courts to free Walter McMillan (Jamie Foxx.)

In solidarity with the nationwide protests over George Floyd's death, Warner Bros. Pictures announced that "Just Mercy" starring Michael B. Jordan and Jamie Foxx will be free to stream on all digital platforms for the month of June.

“We believe in the power of story. Our film 'Just Mercy,' based on the life work of civil rights attorney Bryan Stevenson, is one resource we can humbly offer to those who are interested in learning more about the systemic racism that plagues our society,” Warner Bros. said in a statement.

The film was based off the real Stevenson's memoir, "Just Mercy: a Story of Justice and Redemption." Stevenson, who grew up in Milton, Delaware, is the founder and operator of Equal Justice Initiative, a nonprofit organization that provides legal representation to those wrongly convicted of crimes.

We believe in the power of story. #JustMercy is one resource we can offer to those who are interested in learning more about the systemic racism that plagues our society. For the month of June, #JustMercy will be available to rent for free on digital platforms in the US. @eji_org pic.twitter.com/3B2IHMNk7E

The film, which was co-produced by Jordan's studio Macro, premiered at the Toronto International Film Festival last year in September. When it opened in December, the movie received positive reviews from critics. Currently, it has an 83% rating on Rotten Tomatoes.

The film also was nominated for various awards. Foxx received a nomination for Outstanding Performance by a Male Actor in a Supporting Role at the Screen Actor Guild Awards in February.

"Just Mercy" is available for free through YouTube, iTunes, Amazon Prime Video and Google Play. You can watch the trailer below.