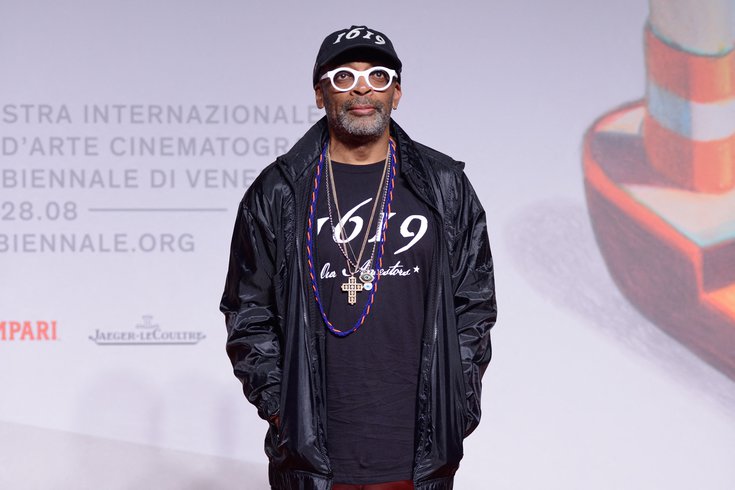 Spike Lee remade the Radio Raheem death scene in "Do The Right Thing" by inserting footage of the deaths of Eric Garner and George Floyd into the film.

Spike Lee released a short film that splices footage of the deaths of Eric Garner and George Floyd into a famous scene from his highly-acclaimed movie "Do The Right Thing."

Lee shared "3 Brothers — Radio Raheem, Eric Garner, and George Floyd" while appearing on the CNN special "I Can't Breathe: Black Men Living and Dying in America" on Sunday. The director discussed the demonstrations witnessed across the United States following Floyd's death in Minneapolis.

“How can people not understand why people are reacting the way they are? It’s history again, again and again," Lee said while wearing a "1619" shirt, indicating the year slavery began in America. "This is not new. We saw it with the riots in the ’60s, with the assassination of Dr. King. Every time something jumps off and we don’t get our justice, people are reacting the way they feel they have to be heard."

The film opens with the words, "When will history stop repeating itself?" It then combines Radio Raheem's death scene from "Do The Right Thing" with footage of the deaths of Garner and Floyd.

"Do The Right Thing" profiled racial tensions in New York City in the late 1980s. Radio Raheem, a fictional character, dies at the hands of a white police officer – just as Garner and Floyd did.

"The attack on black bodies has been here from the get-go," says filmmaker Spike Lee, responding to protests over George Floyd's death. "...I am not condoning all this other stuff but I understand why people are doing what they are doing." https://t.co/K5Gzn1gRT0 pic.twitter.com/sxnZJ9xRpi

Garner died in 2014 after he was put into a chokehold by an officer while under arrest in Staten Island. The video footage of his death showed a suffocating Garner repeatedly saying, "I can't breathe," sparking public outrage.

The arresting officer, Daniel Pantaleo, was not charged. Five years later, he was fired from the New York City Police Department.

Floyd died while being arrested on May 25. A video of the incident showed officer Derek Chauvin kneeling on top of Floyd's neck for nearly nine minutes, leading to his death. Chauvin was charged with third-degree murder and manslaughter on Friday.

Peaceful demonstrations protesting police brutality occurred across the United States over the weekend. Some of them, including those in Philadelphia, later turned destructive.

The fires, looting and vandalism that first occurred in Center City on Saturday eventually spread to other Philadelphia neighborhoods. The Pennsylvania National Guard arrived Monday to provide additional support to law enforcement.