42-year-old animal received the penalty for 'horsing' around 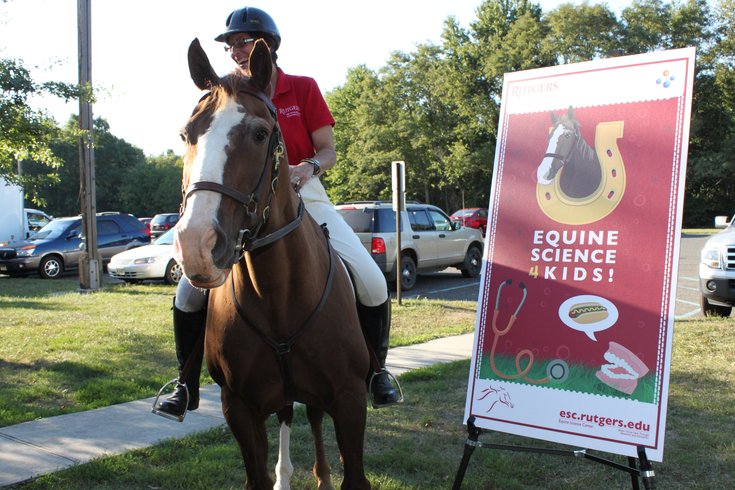 Rutgers University's famed horse, Lord Nelson, passed away on Sunday at the age of 42 (equivalent to 126 human years), the university announced Tuesday.

Lord Nelson, who was purchased in the summer of 1978 from Roosevelt Sales Stables in Edison, Middlesex County, will be remembered as the school's "only equine professor emeritus."

He was one of the first horses to make up the Mounted Patrol Unit of the Rutgers University Police Department, which he served on for 10 years before transitioning to the student-run mounted patrol unit.

His personality is one that Karyn Malinowski, director of the Rutgers Equine Science Center and faculty member in the Department of Animal Sciences, says was “one-of-a-kind.” She remembers one night working late in Bartlett Hall on the Cook campus and all of a sudden hearing a fast-paced gallop coming from the road. Upon looking out the window, she saw Lord Nelson, who remembered to “walk” on the sidewalk and not the street, going back to his stable on College Farm Road followed by a police officer, on foot, in hot pursuit. Apparently he wanted to end his shift early that night.

Perhaps his biggest claim to fame was when he became the first, and only, horse to ever receive an official football penalty in an NCAA football game during a game against Army in 1994.

Lord Nelson broke onto the field at Giants Stadium, running all the way down the sideline to the opposite end. He received a yellow flag for his “un-sportsHORSE-man like conduct.”

The Lord Nelson Older Horse Research Fund has been set up in his name to further the research that kept him going strong for 42 years.