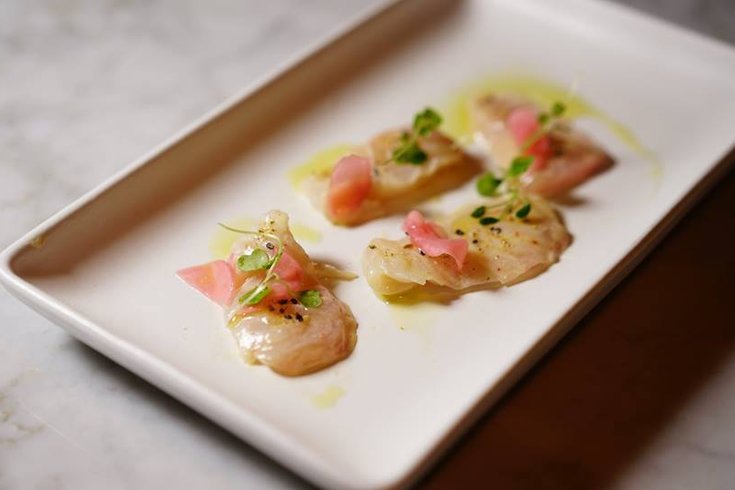 The raw yellowtail at Scarpetta Philadelphia.

It's been almost two years since Scarpetta opened in Philadelphia, situated in the Rittenhouse Hotel and overlooking the park. In celebration of this anniversary, and in conjunction with Center City Restaurant Week, the modern Italian restaurant is offering two ways for diners to taste the menu at a fraction of the cost.

Scarpetta, which had locations in New York, Miami, and Las Vegas prior to the Philadelphia opening, is rolling out a three-course "Two Year Anniversary" prix fixe meal, offering dishes including raw yellowtail, basil gnocchi, and filet mignon. The offer goes for $55 a person, which is a good deal considering a filet mignon alone at Scarpetta usually runs for $42.

A $30 wine pairing is also available. The menu will be available Sunday, Sept. 16, through Thursday, Sept. 20. See the full menu here.

If you're still want to try Scarpetta but are in search for something a little less pricey, the spot is one of dozens of restaurants participating in Center City Restaurant Week, which kicks off Sunday, Sept. 23 and lasts through Friday, Oct. 5.

Scarpetta's Restaurant Week menu, on par with most other participating restaurants, offers three courses for $35. Dishes include spaghetti (usually priced at $22), roasted chicken ($27), and seafood branzino ($33).